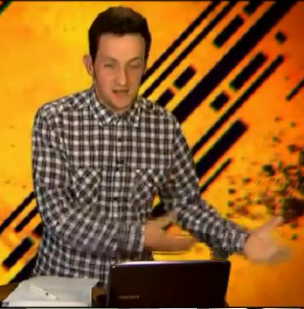 Embedded broadcast was originally published as What is the future for Syria? Truthloader LIVE debate. See also: Turks slam Ankara's support for terrorist groups in Syria of 19 May 2013 on PressTV. Israeli peace activist tells the truth about Israel
Three Syrian supporters of the Syrian Government debate three Syrian supporters of the terrorist insurrection in the embedded broadcast.

Those not familiar with the Syrian conflict will have to pay close attention in order to gain much from this discussion. The debate is somewhat tiresome due to the evasions, repetition and circular logic of the supporters of the insurrection. In spite of this, I think that their opponents, particularly the Syrian Girl, won the debate quite definitively.

Whilst verbal debate has great value, I still think it is easier to find where the truth lies from written online debate. However, in my experience, supporters of such causes as that of the terrorists fighting against the Syrian people and their government instinctively know that evidence and logic are against them and so will be even less willing to participate in written forum discussions than they are to participate in verbal discussions.

Those seeking the truth from written sources therefore should try to find opposing written views, compare the evidence and form their own judgement. Examples of opposed written online views of the Syrian conflict are, on the one hand on Global Research and, on the other hand, the lying Mainstream Media

This has been used by the mainstream media.

Whilst the loss of lives and the destruction made necessary by the terrorist war will inevitably be used against the Syrian Government by the lying mainstream media and inevitable mistakes made by the Syrian Government in prosecuting the war will compound the problem, it would be a still greater mistake on the part of the Syrian government and armed forces to fight with any less ferocity and determination against the terrorists for fear of making such mistakes.