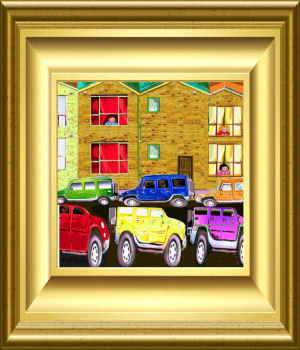 ABC Radio National's By Design program of 30 August ran a story which seemed to depict the growth of the 'self-storage' industry as somehow positive. The fact that so many of us can no longer store our accumulated possessions where we live and must, instead, resort to paying, in the case of program presenter Alan Saunders, AU$200 per month to rent the space necessary to store those possessions is yet another indicator of our declining standard of living. Undoubtedly, the economic activity entailed in the provision of a service that few of us once needed is counted in our country's Gross Domestic Product and, hence, as adding to our national prosperity.

The featured guest was Mark McCrindle of McCrindle Research. He appears to be a promoter of population growth, although one of the documents (pdf, 1.8M) on his web site is frank about one consequence of our population growing to an estimate 24 million (which would have to be an underestimate and must pre-date the announcement in May by Immigration Minister Evans of an increase in immigration) from 21.2 million some time this year. It states:

By 2020 energy consumption will have increase by one third and based on current technologies, greenhouse gas emissions will be 20% higher than today.

I posted the following comment to the By Design Guest Book

The fact that most of us no longer have enough of our own space to store our accumulated possessions is yet more evidence of how our standard of living has declined largely as a consequence of population growth.

Those of us who can't afford $200 month to store our possessions, as in Alan Saunders' case must either endure unacceptable clutter. Throwing out possessions is not always an acceptable solution either. I have come to regret having thrown out possessions including books and magazines.

Interesting that Mark McCrindle pointed out that more of us are renting and that we change jobs every four years. As one who has been made involuntarily to change my job a number of times in my life, I don't see either these statistics as indications that our society is moving forward.

Postscript: The above comment was read out (in essence) in full by Alan Saunders roughly half way through the By Design of Wednesday 10 September (repeated Sat 13 September). There is no one page for that program, but the components were Trends in Lighting, The humble brick, The shrinking office and Ludwig Hirschfeld-Mack and the Bauhaus in Australia. The audio file (25MB), which will be available until roughly 8 Oct 2008 can be found here. - JS 16 Sep 08