[Changed from original title of "Quantifying 62,000 visa overstayers in terms of population impact and our history".] The Australian Immigration Department has released a report, "Migration Trends 2012-2013," in which it estimates that 62,100 people were unaccounted for in Australia during 2014 - roughly 1.2 per cent of the 5.5 million people who enter the country each year on temporary visas. Visitors (44,800) and students (10,720) were the largest cohort of visa holders to overstay their permitted time here, and people from China (7690), Malaysia (6420), the US (5220) and the UK (3780) led the field. In this article I try to quantify and qualify this number of people and their impact in the Australian system. 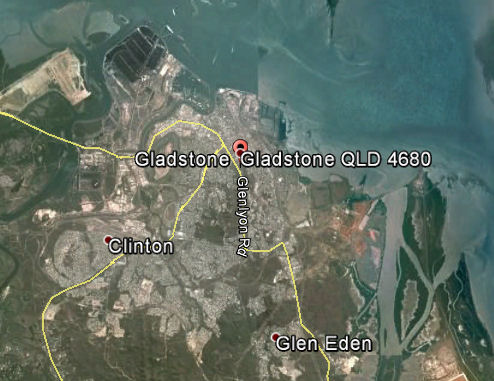 62,000 people makes for a town the size of Gladstone, in Queensland, 2014. Interesting to ponder the ramifications in a typical example of population growth in Australia. Gladstone has several primary schools, three high schools, (Gladstone State High, Toolooa State High and Chanel College), one university campus, Central Queensland University, and CQIT (TAFE) Gladstone Campus. It has a major public hospital and at least two private hospitals. An employment base is provided by the following industries (mostly mining) and those that service them - retail, health, cleaning, real estate, etc

There are plans to development LNG facilities, among other industrial projects.
It is right on the barrier reef and it is advertising for skilled migrants.

Established as a colony in 1847 with 87 soldiers and convicts, but ordered to close down after two months. 1872 non-convict settlers began arriving. In 1893 a meatworks was established. In 1963, the aluminium industry started up there and the port facilities were expanded. In the 1868 photograph of Gladstone Port, you can glimpse the once vast forests in the background.

A cultural heritage assessment published in 2000 indicates that the Boyne Valley was home to aboriginal people for thousands of years prior to European discovery.

The first recorded meeting of the two cultures was on Curtis Island in 1802. After showering Matthew Flinders and his party with rocks and stones on their arrival, the “Indians” observed them for a fortnight before making contact. Two seamen became lost and spent a night tortured by mosquitoes in the mangrove swamps. They were rescued, fed, examined in a “personal manner” and guided safely back to their ship. Living on a diet of seafood, kangaroo and bird life they were described as, “stout, muscular men who went entirely naked, understood bartering better than most and were curious but not over excitable”.

The first white settlers in the Boyne Valley referred to a large permanent aboriginal camp on Raggote Creek. Their lands extended along the river between the Boyne and Many Peaks Ranges, downstream to within a few miles of the coast and upstream to The Bluff. Beyond this point a related tribe of several hundred individuals had camps around the numerous waterholes paralleling the river. One hole was called Euboba. The name remains as Ubobo, the adaptation used in 1899 by W.A.F. McDonald to name his 4000-acre selection.

Little is recorded of the life of these people but in less than thirty years their populations were decimated. McDonald (1988) reports, “The Toolooa, which still numbered about 700 in 1854, had dwindled to forty-three in 1882. The Byelee in the same period were reduced from 300 to thirty-two.” Source: http://boynevalley.org.au/history/

Goldmining in 1853. Rail in 1910. Soldier settler blocks in 1920s. All these activities would indicate that the forests were Dairy industry, which went bust from drought in the 1970s. Like most Queensland towns beautiful giant forests were probably chopped down for fuel and wood export and to build those cute little houses you see in Queensland that are too expensive to replicate now, due to lack of wood. In the 1970s a huge drought, possibly related to removal of the trees, ended the dairy industry.

In 1985, after a succession of dams and weirs, each bigger than the last, the land was inundated by the Awoonga Dam to meet Gladstone’s growing water demands. In 2014 housing is unaffordable to anyone with an income less than $80,000 p.a., according to the Property Council of Australia, which engineered this situation. It demands 'more land release' (but not less immigration). This is typical of the Property Council who are major investors in population growth, which the rest of us all pay for in rising housing prices, power prices etc.

What a species! I should say, What a system! Because the Australian Aborigines are the same species, but didn't have the same system. The British system is kind of like a wrecking ball that has an inexhaustible supply of fuel and people. See, "Demography, Territory and Law2: Land-tenure and the Origins of Capitalism in Britain" The Aboriginal system seems to have been steady state. See, on steady state land-tenure and political sytems Demography, Territory & Law: Rules of Animal and Human Populations (2013) They probably didn't even burn much, if any, forest. See "Video lecture: Did Australian Aboriginals burn the bush as we are told? Joel Wright, "The language of fire." "

Finally, although the government admits that about 62,000 people are outside of its 'control', the real problem is more like 240,000 planned invited economic immigrants who are outside Australians' democratic control. Most Australians have no idea of this number and how it is mounting up, year by year, with the Property Council of Australia and other growth lobbyists, constantly pushing to increase this number, which is three times the size of average annual net immigration from the 1960s to the 1990s. For more information on Australia's immigration history (and a comparison with France) see http://researchbank.swinburne.edu.au/vital/access/services/Download/swin:7395/SOURCE7