This means that workers cannot join their unions via our website if it is posted on Facebook.

This is a disgraceful attack on Australians’ right to join a union and a serious undemocratic act of censorship.

Facebook already has a record of empowering anti-union corporations with tools to de-unionise and undermine workers’ rights – for example, last year they gave employers the power to blacklist terms like “unionise” from their Facebook pages.

You can fight back against big tech’s anti-democratic, anti-worker actions by joining your union and passing this email and QR code onto others who are not yet members.

Facebook’s attempts to quash workers’ organising won’t stop us. We know that thousands of Australians just like you won’t let their right to join a union be taken away by big tech.

It’s only by taking direct, immediate action together that we will be able to send a message to the Facebook bosses: no matter how hard they try to stop us, working people will always stand together against massive corporate interests.

Fight back against Facebook. Join your union right now.

The left has been hijacked by unwitting servants of the neo-liberal agenda.

I was talking to a friend the other day explaining how I always considered myself left wing, but now apparently I wasn’t. I explained why and she declared that the left has been hijacked.

And it struck me: she is right, it totally has. Remember when the left was about worker’s rights? It was about preventing the rich giving themselves privileges whilst denying ordinary people both rights and access to resources. It was, in large part, about protecting people and the environment from the rapacious appetites of the elite rich. In short, the left was about ensuring that everyone had a level of human dignity and the ability to raise a healthy, happy and educated family. 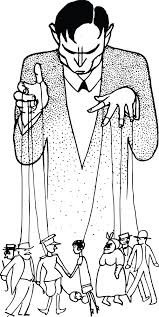 So what is the left now? – I tell you it is no longer about these things. I know this because I am being told that am I no longer left wing, but alt right wing. I tell you why I find this strange, for many years I have written, spoken publicly and protested against: TPP trade agreements; GMO’s; Fracking; homelessness; and the destruction of the environment. I am, and have been involved in environmental groups for over a decade. I have been a union branch committee member for nearly 10 years, I have gone on strike while colleagues kept working. I have gone on union marches. But I am informed, by other supposedly left wing people, that I am now right wing. Even though I continue to do all these things. It gets worse, not only am I being told I am right wing, but I have also recently been categorised with Incels. Why? To be honest, I don’t fully understand the logic, but it seems it has lot to do with not agreeing that there is a “Patriarchy”, and accepting the whole gamit of complaints and grievances based around this concept.

It seems now that you are not left wing if you fight for worker’s rights, you must largely forget that and fight now for trans-rights, for same-sex marriage rights, you must denounce the Patriarchy and acknowledge it as the source of all humanity's problems. This is NOT what the left wing used to be about.

We do not see in our papers headlines decrying the excesses of the rich, we do see headlines about global warming – but only because it can no longer be ignored. But where is people’s energy going? It is going into false battles about same-sex marriage, about supposed Patriarchy – which sets women against men - causing much damage and pain. Meanwhile – hidden behind this smoke screen - the rich get richer, the earth dies, common people bicker and argue about Patriarchy and marriage rights while everything burns around us. And all the while the press declares this as progress, and trumpets changes in laws about marriage, and discriminating for women (and against men) as signs of progress. The world is being destroyed, families are being destroyed, debt is growing, congestion is growing, the environment is being destroyed, and men are being pushed out of work, becoming more and more sidelined in society. Families are falling apart and people becoming more frustrated, more angry and more violent. Yet amongst all this discord it is declared that there are signs of social progress. What a bloody mess! And who can we turn to now? The union movement has almost been crushed by neo-liberal forces, or sold out to growth, and it too has been directing resources into the new ‘left’ agenda.

Where do we turn? It seems the neo-liberals have finally won at last. I guess we will all go down fighting and bickering about the various ways men have oppressed women though-out history, and still do today, as the rich appropriate the remaining resources on the planet then party as they watch it, and all us, die.