The Ultimate Mechanism of Control is Nature

Resource scarcity is the root of war and terrorism, and liberty is the first casualty of conflict. But as oppressive as state surveillance and detention can be, nature's noose will be even tighter. 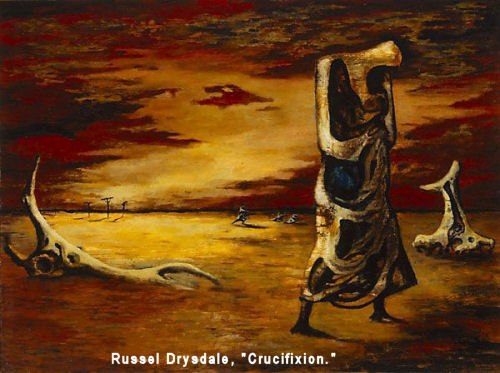 The Window For Protest Is Rapidly Closing

The window of opportunity is shutting down for all of us everywhere. In Canada, the United States, Britain....and as you can see here, Australia as well. http://www.abc.net.au/news/2012-01-07/brown-slams-spying-on-environmental-activists/3762308 We are being monitored, and as surveillance cameras track us, legislation is being prepared or has been prepared to give governments emergency powers to arrest and detain us without further ado. Consider the stakes----trillions of dollars of oil, natural gas, coal, hydro-electricity, pipelines and transmission lines that need to be marshalled for the insatiable and desperate appetite of our voracious industrial economy. Surely it would be naive to think that the fate of this goliath of capital investment would be put at risk by any democratic indulgence. Corporations and governments have a kit bag of dirty tricks to reach into, and a media that can spin the news to depict us as enemies of the people. Why do we think that we are exempt from the fate that has befallen protesters in other lands without democratic traditions, people who stood in the way of logging in Sumatra or environmental vandalism in Nigeria or the former Soviet Union? One could recall the prescient remark of Louisiana's Huey Long, after he was asked in the 1930s if fascism would ever come to America. "Yes," Long replied, "only they'll call it anti-fascism". American resource analyst Chris Clugston has made a similar prediction:

"Interestingly, those who claim today that any and all forms of "uncivilized behavior" are despicable and unacceptable, will be those who will justify them in the next few years, in the name of "the people". Those who protest now are considered "extremists"; those who protest in the future will be considered "enemies of the people", and will be dealt with according to the provisions of laws such as the Defense Authorization Act. It will be like Nazi Germany on steroids... NNR scarcity is like a vise around the collective skulls of humanity; a vise that tightens at the rate of 1/1000 of a turn per day. While the incremental pressure is almost imperceptible on a daily basis, the handle on the vise will turn 3 full revolutions in 10 years, and 6 full revolutions in 20 years. Somewhere along the line, humanity will crack. Given such phenomena as the incessant global riots, the OWSers, and our persistent global economic malaise, I'd say we're showing signs of stress already."

Idiot America And The Death Of Democracy

Democracy needs an educated, vigilant and assertive citizenry. Do you see that now in Idiot America? How many of the 99% bothered to get off their duffs or make a statement about our current predicament? Statistically, quite few. And the few who did were far from clear in their message. The Department of Education spent over $67 billion on dummed-down "education" in the United States in 2009, and the result? A population most of whom believe in the literal truth of Genesis, and a generation of teenagers whose conversation is much like this:
http://www.youtube.com/watch?v=0i_5YBnQdac&feature=relmfu

Think about it. This you tube got 10 million hits, while this you tube http://www.youtube.com/watch?v=VTWduFB_RX0 about our critical overpopulation crisis will be lucky to be seen by five percent of that number. And just for good measure, for the ten or fifteen percent of the population who do understand that something is terribly wrong or dysfunctional about the "system", our so-called environmental "watchdogs", flush with corporate donations, and the "progessive-left" media, stand ready with greenwash and politically correct euphemisms to further stupefy us.

The Language Of Insight Has Been Hijacked

As Orwell told us, the purpose of "Newspeak" is to narrow our perceptions by limiting our vocabulary, to render us incapable of thinking "outside the box" by robbing us of the words we need to get there, to channel our thinking along prescribed lines. Language is now more a tool of deception than elucidation. Some of us may know that the system is broken and the industrial machine is rigged for destruction, but having gotten by that first line of defence, we can't go further because we can't identify root causes for want of verbal precision and the critical thinking it permits. The language of radical insight has been coopted and twisted to mean its opposite. What remains are the time-worn shibboleths of the civil rights movement and various identity groups, including the pathetic lexicon of a rejuvenated Marxism that dresses up in green colours to beguile a new generation while preaching a line so obsolete that it would be comic if not so dangerous.

A Generation Stuck In Ideological Ruts

As John M. Owen IV recently wrote in the NY Times ("Why Islamism is Winning" Jan. 6, 2012)), the ideology that harvests current discontent can be compared to a channel dug by one generation of activists and kept open, "sometimes quietly", by their successors in the next generation. "When the storms of revolution arrive, the waters will find those channels." Thus it is the Muslim Brotherhood and the Islamic extremists who will reap the dividends of the Arab Spring, and I would add, just as the myths of the New Left were launched from the platform of the Old Left, this generation of so-called "Eco-socialists" and "climate justice" or "environmental justice" activists carry on to lay down the channels of thought and discourse which form concrete conduits that steer the digital generation away from any real grasp of biophysical laws or the concept of ecological limits. They don't see overpopulation or the terminal and unrelenting decline of non-renewable resources because they live in a conceptual straitjacket defended by impenetrable jargon and politically incorrect no-go zones. They have a religious conviction that poverty is merely a function of maldistribution and the profit motive and some even have the cheek to call this conviction "scientific" socialism. Theoretically, an equal division of the global economic pie would indeed, for the time being, secure a per capita income equivalent to a decent 'Brazilian' lifestyle. The problem however, is that the pie would continue shrinking as affordably accessible non-renewable resources upon which we all depend remorsely diminish.

The point is, we are hemmed in on both sides. On one side by those who would physically quarantine us as security threats, and on the other side by those who would quarantine our ideas because they contest their version of radical change, the managed dissent of fake rebellion. Lenin said that the best way to beat the opposition is to lead it. It looks like corporations have it all covered. They fund Green Inc. and then let their useful idiots on the green-left lead a charge down a blind alley. The truth is, direct action can theoretically shut down a pipeline or an energy project, but it cannot solve non-renewable resource shortages. We can protest against envrionmental devastation, but nature is deaf to any protests against peak oil, metals and minerals. There are too many of us, we consume too much, and more than that, our existence depends on consuming stuff that cannot be replenished. The language of social justice and equality apparently does not have a word for that kind of scarcity. Like the inmates of a remote Siberian gulag amidst an endless frozen wasteland, we don't really need Patriot Acts, surveilance and prison guards to control us---- nature is our ultimate jailor. Amoral, indifferent and unmoved by our pleadings for justice and fair play.

Senator Brown says tens of thousands of dollars of taxpayers' money is
being spent having private contractors monitor activists.

"That paying of private corporations to spy on community groups is an
abuse of taxpayers' money," he said.

"Martin Ferguson should never have been allowed to promote that and it
should be stopped.

"The Attorney-General, if not the Prime Minister, should see that it
stops immediately."

A spokeswoman for Mr Ferguson says governments are concerned with
maintaining energy security.

She says this includes maintaining the rule of law and energy supply,
where issues-motivated groups seek to engage in unlawful activity.

What's the big deal about justice and fair play? Everybody defines these to mean "support my group". Why don't you get more specific? You seem to be one of the brightest in the eco-movement - if you can't figure out how to clearly say what you are proposing, probably nobody can. If you can't, we just sail off the edge of the world.