Save the Murray River lakes

Twelve months ago, John Corboy, co-convenor of Foodbowl Unlimited (www.foodbowl.com.au), ex-Chairman of SPC and strong proponent of the Victoria’s north-south pipeline, went on record as stating

The Australian Greens Senators, with the support of Independent Senators will move to set up a Senate Inquiry to establish exactly what water in the Murray Darling system can be used to save the RAMSAR listed Coorong and lower Murray River lakes from acidification.

"The environmental destruction of the Coorong is a tragedy that did not need to happen," said Australian Greens Senator Rachel Siewert today. 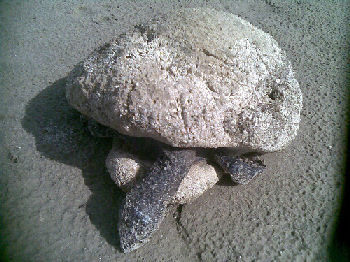 Mon Jul 14, 2008
Volunteers remove parasites from the shells of tortoises

Hundreds of Australian long-necked turtles are the latest victims of the demise of the lower reaches of the Murray-Darling Basin. [The Murray Darling Basin is Australia's major riverine system and principle foodbowl.]

What's in a title?
Just because the Federal Government calls South Australian Senator, Penny Wong, Australia's "Minister for the Water amd Climate Change," does that necessarily mean that she is really there for the environment?