Martin Bryant has been sentenced to prison for the rest of his life because he was convicted of killing 35 people and wounding 23 others at Port Arthur in 1996. According to Vietnam Veteran, the late Brigadier Ted Serong, only the most elite of Australian troops could have performed such a feat of rapid movement and marksmanship, rarely missing, and with such a high proportion of fatal hits.

Article was originally published on 11 Feb 2013. The date has been changed to put this article back on the front page. Update, 29 July 2013 : Please download and freely distribute Mass Murder - Official Killing in Tasmania, Australia (pdf - 718 pp, 13Mb) by Keith Noble completed on 27 July 2017. Keith was inspired by the article Was Martin Bryant the Port Arthur killer? of 3 April 2013 to write this book. On 9 May 2013, the article Port Arthur conspiracy anger by Zara Dawtrey in the Hobart Mercury, owned by Rupert Murdoch, again labeled Martin Bryant a "mass murderer" in the face of conclusive evidence to the contrary. - Ed, 19 May and 29 July, 2013. 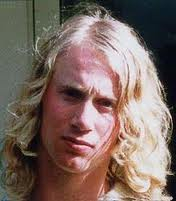 How Martin could have trained himself to be so skilled and so deadly is impossible to conceive. Martin Bryant was found guilty after having uttered words that were taken to be a confession after many previous denials and many months in isolation under duress.

He was never tried and so the supposed evidence against him was never tested.

In fact, as Keith Noble shows in Chapter 6, "The Evidence," of the PDF book Mass Murder Official killing in Tasmania, Australia [a 1.2 megabyte PDF file] http://candobetter.net/files/DRAFT.PART5_.MASS_.MURDER.TAS_.AUS_.pdf, Martin Bryant did not commit the murders, because he could not have committed the murders.

Please download the file, which is attached to the article Was Martin Bryant the Port Arthur killer? of 3 April 2010 which inspired Keith Noble to write the book, read it and freely distribute it as widely as possible. When the rest book is complete it can also be distributed freely.

This tragedy has striking similarities with the Port Arthur massacre of 1996 in which 35 people were killed and another 23 wounded, supposedly by Martin Bryant, of 29 years with the intellect of an 11 year old. Port Arthur is located on a peninsula on the south-eastern corner of the Australian island state of Tasmania, itself to the south of the eastern end of the Australian continent. Port Arthur is a large historical tourist facility situated on the remains of an infamous penal colony. Only three days ago, I was contacted by Keith Noble, an expatriate Australian who had written a book about the 1996 massacre. He advised me that he was inspired to write the book by an article I had written myself on 3 April 2010, "Was Martin Bryant the Port Arthur killer?" at http://candobetter.net/?q=node/1931. The draft 1.2M PDF of chapter 5, which examines the 'evidence' against Martin Bryant can be down loaded from that page. The direct link is http://candobetter.net/files/DRAFT.PART5_.MASS_.MURDER.TAS_.AUS_.pdf . It has also been briefly summarised at http://candobetter.net/?q=node/3176 .

I've read a few conspiracy books and they're all conclusive the he couldn't have commited this act himself. At the end of the day the great gun buy back was achieved and the government is happy. Everyone has forgotten about Martin and not everyone knows of the treatment he 's recieved before or after the trial. I'd like to see another trial or invetigation with the latest forensics with real experts in this field instead of the kangaroo court he lept into in 1996.

Of course Martin Bryant is innocent

Australia's corrupt succession of governments will do anything to push for increasingly oppressive laws, determined to make every Australian powerless and defenceless. I'm sure they have their reasons, though they'll never tell the rest of us what those reasons are, because they know there'd be a bloody national riot if we ever find out.

This is all no doubt at the behest of the Yanks, who every Australian PM has always been sickeningly submissive to.

It's repugnant, disgusting and vile, just like our politics.

Martin is innocent. His version is correct. Are there any witnesses who claim the shooter took another man from a vehicle at the store where Glen Roy Pears was taken? Write to me.

I don't think he is innocent but we don't know the full truth either because his mother said he had aspergers autism and I don't think that's true. People with aspergers do have a problem with their tempers but if Martin maybe she only said it to help him out because I've never heard of anyone else with it killing anyone and I don't believe the government had anything to do with it either I just think we don't know enough about what kind of problem he had that is what we should focus on.

Editor's response: I suggest you take the time to read the facts in this article and Was Martin Bryant the Port Arthur killer? (3/4/14). Should you decide that you still think he is guilty, then I suggest you explain what claims made by the authors are wrong and why.

Martin Bryant never faced a jury trial for allegedly killing 35 people at Port Arthur on 28 April 1996. Any competent juror would have easily been able to see the 'case' against Martin Bryant for the fabrication it was and he would have quickly been found not guilty. However, instead of facing trial, Martin Bryant was held in isolation for months and put under intense pressure to confess. It is claimed that at one point he confessed. After he 'confessed', the trial was called off and he was locked away. Martin Bryant's supposed defence attorney colluded in this frame-up.

I have set a Facebook page called Free Innocent Martin Bryant at https://www.facebook.com/groups/252705575083461/?, we have a child with autism there is one thing people should remember is they are all different there are no two the same, it is super clear he is innocent