Update, 17 Sep 2013: Quite possibly, the description, below, of President Barack Obama as a "despicable lying hypocrite" may be completely wrong and unwarranted. (if so, my apologies) Please see comment Does President Obama want peace with Syria after all? and Press TV article Obama, Dempsey slap down neocons on Syrian false-flag of 16 2013 by Dr. Kevin Barrett. 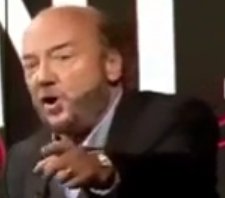 To help overcome public opposition to U.S. President Barack Obama's planned conventional war against Syria, the mainstream media, as well as fabricating lies such as the claims of the use of Chemical weapons by the Syrian Government, is concealing news of how members of the Christian community of Syria are being murdered by the Western-supported jihadist 'rebels' who are fighting to overthrow the Syrian government of President Bashar al-Assad. Many of the Syrian Christian community can trace their family roots back to the time of Jesus, In this embedded speech, just posted to YouTube, British Parliamentarian, George Galloway shows up U.S. President Barack and other Western leaders, who claim to be Christian, for the despicable lying hypocrites that they are.

You know that stinking hypocrite Obama is frequently seen in churches. Have you seen him, creeping Jesus with these hands together praying? Did you see Christianity on his sleeve? Did you know that he used to attend churches in Chicago and sing along all happy, clappy for Jesus and for God? Obama, the Syrian Christian town of Maaloula is on fire this evening! This evening, its ancient Christian churches are on fire! Its priests and its parishioners are being butchered by al-Qaeda paid by you! Churches in which the language of Jesus himself is still spoken. The last Churches in the world still speaking Aramaic, the language of Jesus, are now on fire.

The faithful Christians fleeing for their lives and being murdered by al-Qaeda paid for by you, and you are about to become their Air Force. You're a disgusting hypocrite, Obama. You're a liar when you say you're a Christian. You care nothing about Christians. You care nothing about God! You don't believe in the prophets. Peace be upon them. You just believe in the profits and how to get a bigger piece of them.
for the people that back to ... (continuity lost?) .. Westminster Abbey, or you see that disgusting hypocrite, Obama -- happy clapping in Christian churches in the United States.

Remember this: that the Christians of Syria are being murdered and massacred by al-Qaeda paid for and armed by Britain and the United States and France and the other hypocrite so-called Christian leaderships in the world.

May god preserve Maaloula. May god save as many Christians as can be saved from the inferno which has been launched against them. Its a beautiful village. I've been there. The monastery there is one of the most serene places on the earth. Actually the best place in the Arab world to be a Christian is Syria! But these hypocrites in the so-called Christian West don't give a toss about that.

#MoreNews3457" id="MoreNews3457">For more news of the town of of Maaloula of which George Galloway speaks, see Patriarch Laham holds US responsible for terrorists' acts in Maaloula of 6 Sep 2013, Army continues pursuing terrorists in Maaloula and other areas of 9 Sep 2013, The Battle of Maaloula in the Land of Jesus: US Sponsored Rebels Destroy Syria Christian Heritage of 13 Sep 2013, Western-Backed Rebels Bring Death and Destruction to Historic Syrian Town of Maaloula of 10 Sep 2013, Al-Qaeda Vows to Slaughter Christians After US "Liberates" Syria of 12 Sep 2013, Jihadists re-take historic Syrian Christian village as stand-off continues of 8 Sep 2013, Dramatic report: Inside the battle for Syria's ancient Christian village (VIDEO) of 6 Sep 2013, Fate of Christians in the Levant in danger of 13 Sep 2013.

Why is candobetter.net focusing on Christians?

Galloway's speech, as reported here, sounds like a pro-Christian diatribe. Is candobetter.net a pro-Christian blog now? It is important for the press to acknowledge that Christians in Syria have said that they rely on President Assad to protect them from the anti-government forces. They thus testify to confidence in the Syrian government - which as candobetter.net has often acknowledged - has the support of the majority of Syrians. I'm not impressed, however, by castigation of the US President based on his so-called hypocrisy because I don't think religion and government should be confused. Isn't the US government meant to be secular? Isn't the British Parliament where Galloway is an elected member meant to be secular? Isn't Syria meant to be secular?

Crimes against any religious community not to be condemned?

Candobetter is no more 'pro-Christian' than it is 'pro-Islam', 'pro-Judaism' or 'pro-Buddhist'. #fnSubj1" id="txtSubj1">1 However, it is opposed to sectarian violence against any community. In Syria, one victim of sectarian violence is the Christian community. Another is the minority Alawite Muslim community of which President Bashar al-Assad is a member.

It is important for the press to acknowledge that Christians in Syria have said that they rely on President Assad to protect them from the anti-government forces. They thus testify to confidence in the Syrian government - which as candobetter.net has often acknowledged - has the support of the majority of Syrians

I'm not impressed, however, by castigation of the US President based on his so-called hypocrisy because I don't think religion and government should be confused. ...

How is it not hypocritical for President Barack Obama, who professes to be Christian (as well as to be in favour of democracy and human rights) to support terrorists who, in their barbaric#fnSubj2" id="txtSubj2">2 war against the Syrian government, are seeking to ethnically cleanse the Christian Syrian community?

Obviously the Syrian Government is secular as I have shown above. The Government of the United States is required by its constitution to be secular and that has been the de-facto, if not legal, case in the United Kingdom #fnSubj3" id="txtSubj3">3 for decades.

You seem to be overlooking the broader international context. The government of Syria is not only fighting an invasion by hordes of foreign-sponsored jihadist terrorists and faced with the threat of aerial bombardment and outright invasion. It is facing a war of disinformation in which the lying mainstream and phony alternative newsmedia are seeking to depict President al-Assad as a corrupt tyrant who is committing vast crimes against his own people in order to cling to power. The latest lie is the clearly fabricated claim that the Syrian Government killed hundreds of its own citizens with chemical weapons.

Surely in this context, we should do all that we can to show up the lies and self-contradictions that have come from the mouths of Barack Obama and John Kerry as George Galloway has so capably done in the video above. The crimes being committed against the Syrian Christian community is surely an example that demonstrates this more easily to a larger number of people.

#fnSubj2" id="fnSubj2">2. #txtSubj2">↑ should this seem hyperpole, please view the embedded Youtube Videos below to find out how cruel and depraved some of the recipients of guns from United States are.

#fnSubj3" id="fnSubj3">3. #txtSubj3">↑ The United Kingdom is formally a monarchy. In the past the Anglican Church was privileged in comparison to other Christian denominations and religions. However, this seems to no longer be the case.

Be warned: As the introduction to this video also warns, I found the included footage of a 'rebel' carving off a man's head to be most disturbing.

The conflict in Syria has caused the world's worst refugee crisis for 20 years, with an average of 6,000 people fleeing every day in 2013, the UN says. UN refugee chief Antonio Guterres said refugee numbers had not risen "at such a frightening rate" since the 1994 genocide in Rwanda. He was speaking to the UN Security Council, which also heard that 5,000 people are being killed each month. UN aid chief Valerie Amos said at least 6.8 million Syrians needed urgent help. Forces loyal to President Bashar al-Assad are locked in a fierce battle with opposition fighters for control of the country. There has been deadlock at the UN Security Council over the crisis, with Russia and China refusing to back action against Mr Assad proposed by the other veto powers, the US, Britain and France. Mr Guterres said two-thirds of the nearly 1.8 million refugees registered with the UN had fled Syria since the beginning of the year. Mr Guterres said the impact of the refugee crisis on neighbouring countries was "crushing", but said the acceptance of Syrians by countries such as Lebanon, Jordan and Iraq was "saving hundreds of thousands of lives". And he said the "danger that the Syrian conflict could ignite the whole region" was "not an empty warning". Nearly 93,000 people have been killed since the uprising began in March 2011. The UN's assistant secretary general for human rights, Ivan Simonovic, told the meeting that some 5,000 lives were being claimed each month. "In Syria today, serious human rights abuses, war crimes and crimes against humanity are the rule," he said. Ms Amos accused both sides in Syria of "systematically and in many cases deliberately" failing in their obligation to protect civilians. "We are not only watching the destruction of a country but also of its people," she said. Syria's ambassador to the UN, Bashar Ja'afari, said his government was doing "everything possible... to meet the basic needs of its citizens". Syria crisis worst since Rwanda UN

Does President Obama want peace with Syria after all?

Today, Obama is following in the footsteps of Kennedy - but he is doing so very cautiously.

Unlike Kennedy, who was saddled with a war-mongering military led by "Operation Northwoods" conspirator Lyman Lemnitzer, Obama has the support of his Chair of the Joint Chiefs of Staff, General Dempsey, who is not eager to sacrifice more American lives for Israel.

Obama, like JFK, was must have been very angry when he discovered he had been lied to by the war-mongers. In Obama's case, the war-mongers alienated the President by staging a ridiculously transparent false-flag operation at Ghouta. Their big lie - that the Syrian government was responsible - would have been obscured by the "fog of war" had Obama followed Netanyahu's orders to quickly bomb Syria. Instead, Obama decided to hang the perpetrators out to dry - just as Kennedy hung the CIA out to dry after the Bay of Pigs fiasco.

Now the neocon plan for a US war on Syria, followed by war on Iran, is off the table.

This flies in the face of what I had thought of President Barack Obama as shown in the introduction to 'Christian' President Obama sends guns to murderers of Syrian Christians of 15 Sep 2013, above.

Many who had hoped for peace and justice had great hopes in the new black Democrat President-elect Barack Obama. But we felt betrayed when the governemnt of President Obama and its NATO allies bombed and invaded Libya in 2011 and subsequently fanned the flames of the bloody terrorist war against Syria which has cost 100,00 lives in 2 and a half years.

If Dr. Kevin Barrett is right, then President Barack Obama may be, after all, what we had hoped for: a new JFK.

Only time will tell. 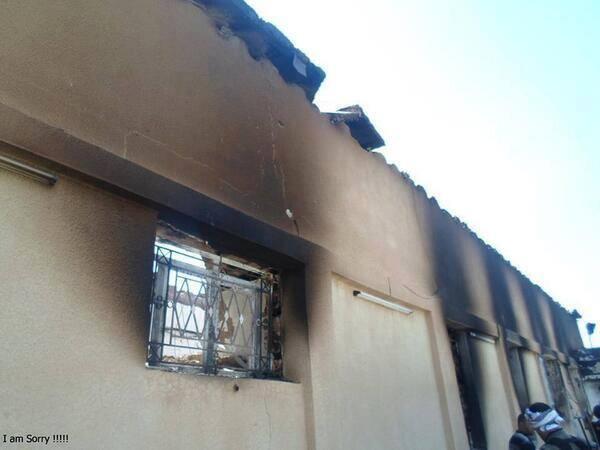