End Immigration - it sux resources away from Australians

End Immigration - it sux resources away from Australia's homeless, unemployed and growing underclass. Migrants by plane rob locals of affordable housing, jobs, you name it. State infrastructure can't cope with 200,000 immigrants a year. The Green Foreign Labor Coalition is imposing upon Australians what British colonists did to Aborigines - taking over, marginalising, deculturing. National television programmes that antagonise Australians, pit immigrants against locals, that stir up racism like Joe Hildebrand's 'Dumb, Drunk and Racist' do not help.

End Immigration - it sux resources away from Australia's homeless, unemployed and growing underclass.

Immigrants by plane, arrive in Australia by lifestyle choice, and so rob locals of affordable housing, jobs, you name it. State infrastructure can't cope with 200,000 immigrants a year.

The Green Foreign Labor Coalition is imposing upon Australians what British colonists did to Aborigines - taking over, marginalising, deculturing.
The only difference is that instead of proud Aboriginals standing up for their rights and getting physically shot down for doing so, proud traditional Australians standing up for their rights are getting socially shot down by 'politically corrupt' media by being branded 'racist'.

Crap! Any traditional people in any country who are concerned about excessive foreign immigration impinging upon their way of life have a right to express their concern. It's called local resistance when seeing what was valuable in one's own home is being usurped by foreigners. No foreigner has any right to invade another's homeland, but to only arrive with permission and with conditional rights of a host people.

Gillard's Green Foreign Labor and her One-Worldist mandate have undemocratically abused electoral power over Australians. Gillard's 200,000 immigrants a year and passive accomodation of illegal boat arrivals (beyond the croc-o-political tears) have denied Australians their rights to democratic social preservation and self determination. Gillard is beholden to the dangerous New Greens dictation of Sarah Hanson-Young.

Joe Hildebrand (pictured) is playing into the One-Worldists agenda.

Hildebrand's nationwide programme 'Dumb, Drunk and Racist' not only denigrates Australia's tolerant society, but fuels xenophobia and local unrest by teasing out racism and by playing the race card about traditional Australians on ABC's current affairs programme 'Dumb, Drunk and Racist. Why did Hildebrand not run his programme insightfully in Cronulla? Hildebrand is idealistic in his puritan One Worldist vision. He fails to appreciate Australian natural insecurity and that resistance to the statistically recent overwhelming number of foreigners is but a mild and admirably tolerant resistance. Still naive Hildebrand eggs on anyone he can find in the street to say at least something racist while they are intoxicated and so prove his unjust prejudice against ordinary Australians.

Such prejudiced content is more akin to an SBS mission statement, rather than coming from the respected ABC.

If Hildebrand is to be impartial and wants to sample REAL racism then he needs to do a follow up programme in:

Compare Racism in India:
Read More"Most Indians think racism exists only in the West and see themselves as victims. It's time they examined their own attitudes towards people from the country's North-East."

Compare Racism in China:
Read More"The daughter of a Chinese mother and an absent African-American father, 20-year-old Lou caused a media storm when she was named one of Shanghai's five finalists for Let's Go! Oriental Angel, an American Idol-style show. But her fame has been for all of the wrong reasons, after her appearance provoked a vigorous and often vicious nationwide debate on whether she was even fit to be on Chinese television because of the colour of her skin."

These are just to name a few. Australians are exceedingly tolerant by international standards. Our post World War II history proves it.
It is Hildebrand who is dumb for unnecessarily inciting racist sentiments that can exist below the surface in any society. Australia does not need this programme. He needs to be fair and cover the same subject overseas. He will be lucky to get back to lucky Australia, alive. 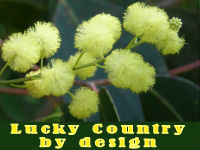 Our cities are already saturated by population growth. With more than 41,000 people waiting for public housing, the longest waiting time of an applicant allocated public housing last financial year was 226 months - 18 years and 10 months - in Melbourne's southern suburbs. There are more than 3,500 public housing properties in the Gippsland region, but that's not enough to meet the needs of a growing number of people seeking affordable accommodation. While it can still take more than 20 years to get into social housing in Byron Shire, the wait for one, two or three-bedroom housing in Lismore, Casino or Kyogle could be two to five years. Mr Tinley, shadow Minister for Housing in WA, said as they struggled with the state's housing affordability crisis, figures tabled in parliament revealed more than 50,000 Western Australians were on the waiting list as at April 30. Recently, community leaders fear asylum seekers will face homelessness in Canberra due to an acute shortage of affordable housing and an inadequate period of supported accommodation. The major problem that no-one wants to take responsibility for is housing, neither [the federal nor ACT governments] are addressing that in a meaningful way. Asylum seekers leaving immigration detention on Bridging visas will not be provided with public housing. It is expected that many will find their own accommodation in the private rental market. Just how they are meant to afford it? However, some may have family, friends or other community support mechanisms available to them. If you have a spare room and live near public transport, you can provide accommodation for refugees. There are already "refugees" in Australia. ''If governments don't start to take housing affordability seriously, we'll continue to see increasing numbers of people locked out of home ownership or burdened with a mortgage they can't afford,'' Sarah Toohey, of Australians for Affordable Housing. Read more: http://www.smh.com.au/national/more-than-faces-in-the-crowd-20120622-20t... The Prime Minister, Julia Gillard, says she can understand the cost of living pressures on families earning $150,000 a year, but what about those earning a fraction of that? Perhaps they should do what thousands have done and move somewhere cheaper - such as New York. NYC & Company, the city's tourism body, released data last month estimating that a staggering 1500 Australians are arriving in New York each day. New York is seeing a wave of Australian ''knowledge worker'' migrants, taking advantage of the E3 work visas introduced in 2005. We have economic refugees fleeing Sydney! Not surprising that Indian migrants think we are "dumb". Why would they be flocking here for tertiary education while at the same time Australia has "skills shortages"? It's a contradiction! Why would we be inviting foreigners to live here in the first place - and actually encourage population growth??

I just followed the link to the Hildebrand program and was extremely shocked. Hildebrand seems to be inciting racial hatred and stereotyping against Australians. See video of Dumb Drunk and Racist. Surely this is illegal. It is very dangerous. We have a huge Indian diaspora here and this program is grossly exaggerating, generalising and dramatising remarks from a tiny minority of people. It is also taking as racist natural resentments about outsourcing Australian phone servicing to call lines in India and trying to pretend that Indians are constantly at risk of violence here. It will stimulate civil disturbance and violence here. It is unfair on Australians of all origins, including Indian. John Marlowe did a good thing in drawing our attention to this. It is really bad. Please complain. This is seriously dangerous and ugly television.

I didn't watch the "Racist,Drunk and Dumb" show, but it sounds like a cultural attack on Australians - or reverse racism and warped stereotyping - something that if done to another culture by Australians would cause "racist" outrage! Australia is an easy victim, target, for vilification. The growth lobby is a powerful, pro-globalizing monster at odds with the crippling carbon tax, and instead of Australia the "racist" and "xenophobic" nation we are accused of being, we are being vilified and targeted - even while we are the host country of high immigration. With voices of Australians silenced by PC (political correctness) and "white guilt" from Anglo Australians, this attack on Australians leaves us with little integrity to hold onto. It's about de-culturalizing Australia even further for a smoothing out of further "multiculturalism" - a euphemism for more immigration and having more layers of "cultures" imposed onto us. It's a manipulating of guilt in the public to force more immigration - and silence- onto the community. We are being swamped by contradictions. Why bother with the carbon tax and yet keep growing our population? Anthropogenic climate change can't be solved while our economy is fixated on economic growth and high consumption levels. There's so much money to be made from importing people, the easy route to a higher GDP at the cost of per capita wealth. Of course Indians will think we are dumb if Australia is advertising "skills shortages" and the need for more immigration while at the same time our universities and TAFE are said to be of such as high international standard that it's worth paying $$$ to study and live here! It's another contradiction. Racism, prejudice and xenophobia are rampant in India. It’s a strange mixture of prejudice, ignorance and centuries-old discriminatory practices. When communities keep to themselves and there were dining taboos based on caste means you can't eat with people not of your caste or marry into their communities. These closed communities are naturally full of prejudices towards the other, the outsider. Every state considers itself superior. Most Indians look for pale-skinned brides for their sons. Bridal ads ask for ‘fair skinned’ girls. So skin colour is important and you can’t be beautiful if you are not fair. Racism in India is systematic and independent of the presence of foreigners of any hue. This climate permits and promotes this lawlessness and disdain for dark skin - and the light skin of Bollywood stars is evidence of this. Most Indian pop icons have light-damn-near-white skin.

Dumb, Drunk and Racist is a show about a group of Indian tourists being led about by a non White Australian (Hildebrand) on a ghoulish slumming tour of White Australia. This is exactly the sort of thing which used to go on in the 19th Century, tourists would pay their two bits to get a guided tour of the Lower East Side of Manhattan from such luminaries as Chuck Connors or perhaps the more daring souls might have hired a "Lobbygow" to guide them around Chinatown where they'd be shown a real "Opium Den", and have described to them the murderous doings of the Tongs, White Slavers, and Pekingese Hatchet Men. I guess it's OK to make fun of dumb or mentally ill White people in order to amuse the ghoulish or overly credible people who might have been looking forward to this program, as long as you can paint these White sad cases as "Racist" it's apparently open season. I actually did find the second episode amusing, the staged standoff between Zionist auxiliaries The Australian Protectionist Party and Muslim "community leaders" at Villawood was a hoot, I'd say it was neck and neck for who had the most hysterical, Medieval screed against the other. Seriously though, Mr Hildebrand isn't one to talk, he's the hero who when his entourage were confronted by two belligerent Indigenous women on the banks of the Todd river led a helter- skelter run back to the team's hotel. Sprinting past the two female receptionists on duty he apparently squealed "Call the Police" and left the two diminutive females to be quite seriously beaten and robbed by his two assailants. One worker required hospital treatment. He and his Indian charges did not stand and hold the door shut or hold their ground until help arrived. Here's the link: "Todd River women attack camera crew," CCTV footage going around of Hildebrand tearing past the desk and the receptionists being attacked. He also described the attempted assault in detail.