Video & transcript. This  research is important because it is telling us how dangerous diazepam (Valium) and its drug family (the benzodiazepines - like Xanax and Serepax, and temazepam etc) are. Speaking as a mental health professional, I can say that people have known for a long time that benzodiazepines cause enormous harm to many people who take them. It is, however, extremely difficult to get this message out because of the power of the drug lobby.

"Investigation into how hysterectomy might modify other disease processes has been conducted using Rochester Epidemiology Project (REP) data. These studies have linked hysterectomy to long-term health consequences including pelvic floor dysfunction and fracture risk, as well as dementia, depression, and Parkinson’s disease." (Stewart, Elizabeth A., et al, "Reassessing Hysterectomy," Minn Mid. 2012 Mar; 95(3):36-39.) Yet, hysterectomy is one of the most common operations performed in Australia and New Zealand. Every year in Australia, around 30,000 women have a hysterectomy. In fact, it is the second commonest major surgical operation after Caesarean section for women under the age of 60. This is despite the fact that other surgical and other treatments exist for many of the conditions for which hysterectomy remains an apparently unthinking and profitable default for surgeons. As well as the implications of both partial and complete removal of the uterus, general anaesthetics carry increasing risks of dementia with age. The use of hormone replacement therapy post hysterectomy has been shown to be an important protective factor against dementia. 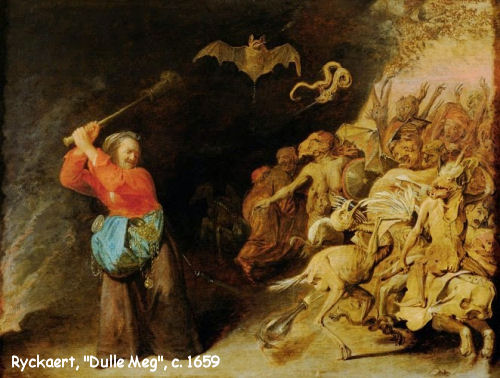 "• Surgical menopause is associated with faster cognitive decline and worse cognitive performance later in life.
• The younger the age at surgery, the more rapid the decline in cognitive function.
• Early surgical menopause at ≤45 years of age is further associated with higher risk of dementia.
• The limited number of available studies highlights the need for large cohorts to further examine this research question." (Georgakis, Marios K. et al, "Surgical menopause in association with cognitive function and risk of dementia: A systematic review and meta-analysis," Psychoneuroendocrinology, Volume 106, August 2019, Pages 9-19, https://www.sciencedirect.com/science/article/abs/pii/S0306453018311478.)

"There has been remarkably little investigation into the long-term outcomes of hysterectomy, particularly given its widespread use. Studies limited to one year of follow-up consistently show that hysterectomy outcomes are good, with a low risk of complications and improved quality of life. However, findings from the few longitudinal studies that have been conducted suggest that there may be long-term consequences. Some studies report favorable symptom relief and quality of life improvement at five to eight years, whereas others raise concern about long-term risks related to dementia and cardiovascular disease. Moreover, experts argue that many outcomes of hysterectomy require 20 to 30 years to manifest.

Investigation into how hysterectomy might modify other disease processes has been conducted using Rochester Epidemiology Project (REP) data. These studies have linked hysterectomy to long-term health consequences including pelvic floor dysfunction and fracture risk, as well as dementia, depression, and Parkinson’s disease.

The rationale for elective BSO at the time of hysterectomy has been twofold: BSO would decrease the risk of ovarian cancer, and once a woman reached menopause, her ovaries were no longer hormonally active and, thus, no longer useful. Both suppositions are flawed. First, research has shown that hysterectomy with BSO puts women at greater risk for mortality from conditions and diseases far more common than ovarian cancer. Although ovarian cancer can be difficult to diagnose, it is a relatively rare disease. When considering mortality risk for more common diseases including coronary artery disease and hip fracture, a decision analysis model favored retention of the ovaries until at least age 65 for women with an average risk for ovarian cancer. Similarly, in a large nationwide cohort study, hysterectomy alone performed in women younger than 50 years of age increased the risk of cardiovascular disease later in life, and there was additional risk among those who undergo oophorectomy. Second, the notion that the ovaries are no longer useful after menopause has been shown to be flawed as well. Although ovarian estrogen production plummets after menopause, the ovaries continue to make substantial amounts of androgens. These ovarian androgens undergo peripheral conversion to estrogens and may have direct beneficial effects on mood and libido. Recent REP studies have focused attention on the long-term risks of removal of the ovaries with or without hysterectomy.

Even hysterectomy with ovarian conservation has been shown to have significant effects on ovarian function, resulting in earlier menopause. Moreover, losing one ovary early in life appears to be associated with a significant increase in risk for dementia late in life. This challenges conventional gynecologic thought that the loss of one ovary would not have serious medical consequences. In fact, it appears there may be a stepwise increase in dementia risk for women who have undergone hysterectomy alone, hysterectomy with unilateral oophorectomy, and hysterectomy with BSO. In summary, the removal of either ovary or of the uterus may have far-reaching health consequences. Therefore, the surgical removal of female reproductive organs should be considered carefully." (Stewart, Elizabeth A., et al, "Reassessing Hysterectomy," Minn Mid. 2012 Mar; 95(3):36-39.)

"TABULATION, INTEGRATION, AND RESULTS:
Studies were extracted for participant, intervention, comparator, and outcomes data. When compared with hysterectomy with BSO, prevalence of reoperation and ovarian cancer was higher in women with ovarian conservation (ovarian cancer risk of 0.14–0.7% compared with 0.02–0.04% among those with BSO). Hysterectomy with BSO was associated with a lower incidence of breast and total cancer, but no difference in the incidence of cancer mortality was found when compared with ovarian conservation. All-cause mortality was higher in women younger than age 45 years at the time of BSO who were not treated with estrogen replacement therapy (hazard ratio [HR] 1.41, 95% confidence interval [CI] 1.04–1.92). Coronary heart disease (HR 1.26, 95% CI 1.04–1.54) and cardiovascular death were higher among women with BSO (HR 1.84, 95% CI 1.27–2.68), especially women younger than 45 years who were not treated with estrogen. Finally, there was an increase in the prevalence of dementia and Parkinson disease among women with BSO compared with conservation, especially in women younger than age 50 years. Clinical practice guidelines were devised based on these results.

CONCLUSION:
Bilateral salpingo-oophorectomy offers the advantage of effectively eliminating the risk of ovarian cancer and reoperation but can be detrimental to other aspects of health, especially among women younger than age 45 years." (Evans, Elizabeth Casiano et al, "Salpingo-oophorectomy at the Time of Benign Hysterectomy, A Systematic Review," Obstetrics & Gynecology: September 2016, Vol 128, Iss 3, pp. 476-485. doi: 10.1097/AOG.0000000000001592.)