Youth unemployment has reached crisis point in Australia, the Brotherhood of St Lawrence says, as it releases an analysis of the latest official figures from the Australian Bureau of Statistics.

The number of young Australians out of work has reached ''crisis point'', as more 15 to 24-year-olds struggle to find jobs in the ripples of the global financial crisis.

An average of 12.4 per cent of young people between the ages of 15 and 24 were out of work in the year to January. Executive director Tony Nicholson has described the result as a disaster. "And in our modern economy that means that they're really being sentenced to a lifetime of poverty."

There's a lot of intellectual dishonesty, and while agencies are sweeping up the mess of human fallouts and poverty, and welfare dependency, governments still continue with their "growth" agendas! Instead of trying to "grow" out of the mess, and make the hole deeper, they should be making the logical U-turn from economic growth, to stability.

While youth especially are facing high unemployment, there's nothing being done to mitigate the myth of "skill shortages" in Australia! With over 1000 new arrivals each day in Australia, at airports, the competition for jobs keeps getting harder. Our economy can only "grow" to a natural height, determined by natural resources and prices, and forcing higher population growth ignores the costs of growth.

A leading migrant and refugee settlement agency AMES Chief Executive Officer Cath Scarth has told a conference at the Federation of Ethnic Communities’ Councils of Australia (FECCA) 2013 Conference on the Gold Coast, that effective unemployment rate among some communities from non-English speaking backgrounds in Australia could be as high as 20 per cent.

Over the past fifteen years, hundreds of thousands of sponsored workers have come to Australia, with just under half opting to take out permanent residence. Unemployment among skilled migrants and their families is 30% higher than for the population as a whole, but those who do have a job are more likely to be in a professional role.

The Brotherhood of St Lawrence and other do-good agencies trying to be a voice for Australians who are unemployed should end their obstruction of the real facts. Our population growth, driven by record levels of "skilled" migration and family reunions, is at a runaway rate and can't be justified. It is out-pacing jobs creation, and housing and infrastructure building is only a short-term fix, and adds to the misanthropic "growth" agendas of governments.

Demographers Bob Birrell and Ernest Healy of Monash University have released their most recent report, entitled Party for Freedom: ‘Scare Jobs: Migrants or Locals at the end of the Queue?. This damning report highlights the incompatibility of recent and current immigration policies sponsored by both Labor and Liberal governments.

Over 250,000 young people leave school each year. They are then faced with the task of competing with a similar number of those on Working Holiday Maker (WHM) visas, coupled with Australia’s population growth of 1.7% or 370,000 a year (including 214,000 permanent migrants) and a pool of over 1.1 million foreigners (excluding New Zealanders) on temporary work visas. This has created a dire situation for locals – especially the young local workers without post-school education.

University educated job seekers are also finding it increasingly difficult to secure employment. For example, Australia has an over-supply of accountants, and despite this, large numbers of foreign accountants are still being granted work visas.

Table 1 above details the full extent of temporary entrants and temporary visa holders with work rights in Australia. The 457 and WHM visa categories are rising drastically, taking away employment opportunities from Australians in low skilled service jobs, and the hospitality and construction industries.

There is a lot of misinformation being pushed by self-appointed demographers, government ministers, political parties and vested interests on the “need” for more foreign labour.

Self-appointed KPMG Demographer Bernard Salt is well known for his incorrect statements when commenting on demographics and the cry for ever-increasing levels of immigration. In his recent book, The Big Tilt, he claims: ‘2011 is a break point year. From this year onwards, more baby boomers exit the workforce than generation Ys enter’. The above excerpt from Bernard’s book is propaganda and not statistically correct.

The lack of genuine public discussion on the pressing issue of high levels of immigration, especially third world immigration is adding to our woes. More than ever the nation needs robust public discussion on the matter. Debate needs to come from a broad range of stakeholders, including the Australian workers who are being displaced and retired early due to successive governments’ preference for unsustainable immigration.

The negativity and incompatibility of successive immigration policies have contributed to growing dole queues, while increasing numbers of foreign workers on temporary work visas and new migrants displace Australians in the job market. Regrettably, it seems our government has been shackled to pro-population growth advocates and the lobbying of well-organised special interest groups.

Party for Freedom believes protection of the Australian worker is paramount. The Australian ‘battler’ worker deserves a better deal from our government. It does not make sense to import large numbers of foreign workers on temporary visas or maintain high levels of permanent immigration when real job growth has stalled creating an environment of lost opportunity for local job seekers.

It is time for the Australian government to ‘do the right thing’ and shut the gate on large-scale immigration, so that local workers, especially the young, are protected from the encroaching, foreign, job hungry multitudes. 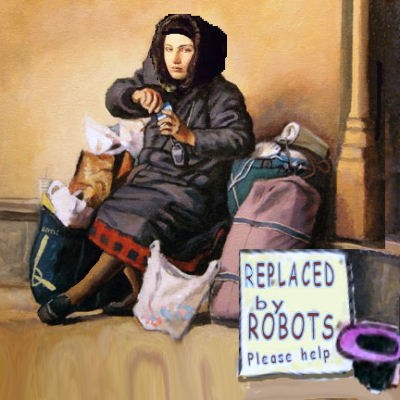 I felt compelled to write this article after a recent eye-opening experience I had at Kmart. During the busy late afternoon shift the store had one attendant on checkout – that’s right, one. I specifically joined the attendant’s queue instead of the 5 self-serve checkout machines as my item was discounted and may have required further assistance. As I joined the queue the customer being served was experiencing difficulties with her credit card so there was a considerable hold-up. While this problem was slowly being resolved the self-serve checkout supervisor indicated for me to join the aforementioned queue instead. I gestured that it was fine; I would remain in the queue for the attendant. As another 5 minutes went past with no further progress in the queue because the credit card issue was still unresolved, the self-serve checkout supervisor once again advised me to change queues. Once again I explained, this time at length, that I couldn’t use the self-serve machines as my purchase specifically required an attendant. Don’t get the wrong impression – the supervisor meant no harm, he genuinely thought he was assisting me by recommending the self-serve, sparing me the time and boredom of waiting in the long queue for the attendant. Eventually I was served by the attendant and the sale was processed without a problem but the whole experience left a lasting impact on me in questioning the role and function of self-serve checkout machines.

I mean, why exactly do we have self-serve checkouts? Can anyone think of 1 good reason for them? They don’t increase efficiency because as my Kmart experience demonstrates, self-serve machines don’t create more service providers as the stores simply hire less staff. In fact, self-serve machines are responsible for even greater delays as they are more likely to malfunction and customers are slower completing their transactions than a qualified checkout operator. It is almost as if the people are warring against the machines for employment, like some sort of James Cameron sci-fi epic.

On top of these issues there’s something quite creepy about self-serve checkouts. Is anyone else unsettled by the booming computerised voice?

Is this supposed to constitute for a conversation? Some may sneer at this point, but a lot of shoppers genuinely value the polite ‘Hi, how are you?’ checkout operators are required to ask customers. At least it’s not a one-sided exchange. Companies invest millions of dollars in their customer service training programs for the very reason that customer loyalty is largely influenced by employee behaviour. Hence human servers are required for checkouts not only in the case of potential transaction problems like my Kmart experience but also in compliance with the friendly, helpful image of the company central to customer satisfaction.

The widespread implementation of self-serve checkouts has significantly increased company profits. Although initially expensive to buy and install, in the long run a heavy duty self-serve machine is much cheaper to maintain than a checkout operator’s salary which comes with additional costs such as holiday and sick leave, workers’ compensation and time-and-a-half. A self-serve machine does not stop working over Christmas. It does not need time off because it caught the flu. Cemented to the ground means it can not slip on a wet floor and claim compensation. It does not demand extra pay for working on Australia Day. 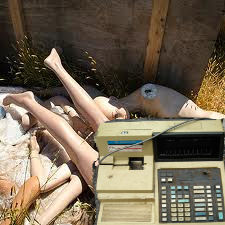 Yet this reduction in service has not equaled a reduction in purchase costs. Australia has the most expensive groceries world wide. One wonders how much further consumers can be passed on the costs the store once provided. Customers aren’t even entitled to free plastic bags anymore and although this initiative has helped reduce waste, it hasn’t been without the additional store profit resultant from charging for canvas bags.

So what is the purpose of self-serve machines besides increasing the profit margins of already thriving multibillion dollar companies? Evidently, not much. However the ramifications have been significant for part-time employment, affecting the livelihood of university students and low skilled workers. Tertiary students rely on checkout work because of its flexible shifts. Balancing around different timetables from one semester to another means students need accommodating part-time work, something difficult to find in office jobs. Low-skilled workers rely on checkout for the different reason that it’s within their limited skills capacity. This condition serves a particularly important function as it provides work for disadvantaged employees who would otherwise likely be on welfare.

Unfortunately for most customers it’s a ‘if you can’t beat em join em’ attitude on account that if self-serve checkouts aren’t used, queues for staff would be longer and after a hard day’s work or busy weekend few people are prepared to wait more than they have to and fair enough. However this situation unreprimanded will only get worse in the future as far as decreasing customer service, employment opportunity and workers’ rights. So I publicly call now for a boycott of self-serve check out machines because ultimately if no one uses them stores will be forced to remove them and employ more staff. This action would exclude self-serves that don’t reduce the total number of staff like at libraries. I am confident that if enough people take part in this stand we can make a difference.