Santa, counting his orders and sorting them through
Said “ To me for some reason it’s not ringing true !
Some kids are getting extravagant toys
Whilst some gifts are mere tokens for girls and for boys”

Despite the near daily news coverage of many poor countries suffering conflict and disaster, critical, underlying issues are almost never mentioned by journalists reporting endless symptoms and predicaments. The issues covered in this article add insight into the key development challenges facing the countries concerned and, by implication, the policies of countries like the US, UK, Australia and Canada, where billions are being spent in aid and military interventions to try and stabilise failing states. 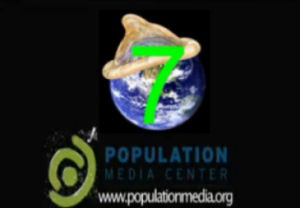 Click on picture for film from the Population Media Center - http://www.populationmedia.org

Below I give some interesting and generally unreported facts that provide important background on many of the failing states regularly in the news. For example, Somalia, Haiti, Iraq, Palestinian Territory and Afghanistan. It also includes Pakistan and Iran.