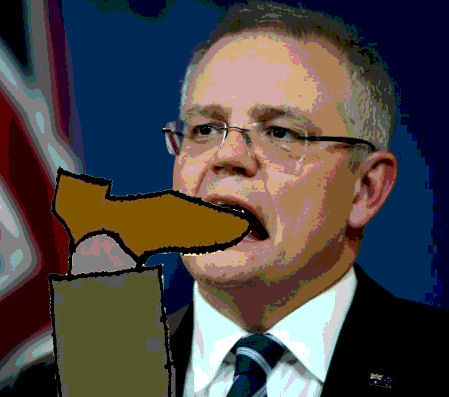 Dr Bashar al-Jaafari is the Syrian UN ambassador. In this interview he refutes the ABC-US-NATO line that Tony Jones runs on Syria. Among other things, he says, "Number one, we are not regime. In Syria, there is no regime. There is a government.

Dr Shaaban says UN Report claiming to uncover torture and murder by the Syrian government has no more credibility than the 'weapons of mass destruction' that the US used as an excuse to invade Iraq and which were later shown not to exist. "Everybody who is carrying arms against civilian and against the Government is a terrorist.

Video-link and transcript inside: Finally the Australian media has shown some professionalism and has asked questions of the 'other side', Syria, instead of simply making it up. And it was Tony Jones of the ABC who courageously led the way on Lateline tonight. Assad's advisor, Dr Bouthaina Shaaban, does an admirable job of clarifying the problem and sorting out priorities. Mr Jones asks questions that reflect Western paranoia, but Shaaban is not diverted from her representation of the needs of the Syrian people. "...Targeting presidents in the Middle East does not aim at presidents. It aims at destroying our country, turning our identity, erasing our cultural heritage, destroying our institution. It is Syria that has been targeted, it is not President Assad. President Assad is standing with his army and people to fight for the unity and territorial integrity of his country and this is what we are doing here." This interview probably comes in the wake of the Russian interview with President Assad (republished here). Dare we hope that justice might prevail; that some sense of proportion might restore itself in the western world's to date unhealthy interest in 'regime' changes in the Middle East, each of which has been more of a humanitarian disaster than the last? Yes, we dare hope. Thank you Tony Jones.

"This article highlights how the ABC misled the Australian public, and Australian politicians, about the Carbon Tax in the lead up to passing of the legislation in November 2011. Tony Jones shows clear understanding that net emissions growth is the real issue (in China) but doesn't question Julia Gillard when she says a Carbon Tax will "cut carbon pollution" when facts prove a net increase will occur in Australia. QANDA bias is proven. Has the ABC done such a good job omitting the primary cause of emissions growth that nobody even understands it has happened?"

It is perhaps now time for the ABC to stop pussyfooting around with the current government and simply passing on the criminal propaganda from Turkey and the Western powers with whom we are allied. It seems there has been a concerted effort by Western agencies and complicit media organisations to suppress results of investigations on use of sarin gas (chemical warfare) in Syria. Conclusions must be drawn which condemn those Western governments most closely involved in assisting the armed insurgency against the Syrian state, and the enormous destruction of property and lives that has resulted from it.