Last year I did research into, and gave speeches about, the public health benefits of public open space. [See also, "Kelvin Thomson: Too few trees make high-density Coburg and Glenroy risky during heat waves"] My view about the importance of this is reinforced by recent statements in the Moreland Leader by University of Sydney Associate Professor Tonia Gray that research shows that neighbourhoods with more green spaces are much healthier and socially cohesive. She says, "Nature has a calming effect, it recalibrates your body. Australian kids spend an average of 52 hours a week in front of a screen but an average of 40 minutes outside". (Originally published at http://kelvinthomson.blogspot.com.au/2015/02/melbourne-heat-island-effect.html) 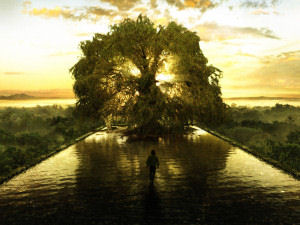 The importance of trees and vegetation cover is also reinforced by research calling for Melbourne suburbs to increase their tree cover to combat rising temperatures. The urban heat island effect occurs when built-up areas with surfaces such as roads, concrete and buildings absorb heat on hot days. It is dangerous to public health. In 2013 and 2014 over 400 Victorians were admitted to hospital for heat related illness. Researchers say "heat islands" are only going to get hotter unless more green spaces are incorporated.

Given this, it is folly to allow dual occupancy, multi-unit and high rise developments to lead to the cutting down of trees and shrubs and the paving over of open spaces which are presently cooling Melbourne down. We need to push back against plans by property developers and council officers to allow more buildings in what are already built up suburbs.