On Friday 5 April 2019, as revealed by John Pilger on Twitter from a high level source within the Ecuadorian Government, Julian Assange would shortly be expelled from the London Ecuadorian Embassy. Once evicted, he stands to be arrested by the UK police, extradited to the United States where he faces a secret trial based on a secret indictment. He may face many years behind bars - even the death penalty can't be excluded - all for just publishing, through Wikleaks, facts about world events that the public would be entitled to know in a fair and just world.

In 2010 then Prime Minister Julia Gillard, before Julian Assange was forced to seek asylum in the Ecuadorian Embassy in October 2012, had ordered the Australian Federal Police to investigate Assange in the hope that they would find he had committed a crime. They found none.

In February 2016, the United Nations Working Group on Arbitrary Detention (WGAD) stated that his detention was unlawful. This was reaffirmed by the Working Group in November 2015

An Australian government - if it was committed to the rule of law, free speech, human rights and democracy - could could act now to end the British government's illegal detention of Julian Assange in a matter of hours. It could send to London a contingent of Federal Police to escort Julian Assange out of the Ecuadorian Embassy back to Heathrow Airport and thence to Tullamarine Airport in Melbourne.

Were the British government to dare attempt to interfere with Australian Federal Police escorting Julian Assange back to Australia, the outcry would be enormous - from within Britain, Australia and the rest of the world.

However, not one Australian government, that of Prime Minister Julia Gillard, nor any of the subsequent governments- those of Prime Ministers Kevin Rudd, Tony Abbott, Malcolm Turnbull have enacted this basic duty of care towards Julian Assange. They have not even shown any sympathy for him, or interest.

Not one of the political parties with representation in parliament - The Liberals, the Nationals, Labor, the Greens, nor any of the Independent members have spoken up for Julian Assange. This seems an appalling failure of our parliamentary system and those members of Parliament who supposedly represent us. (One exception to this is the now demonised One Nation Party.)

What You Can Do

Write articles in support of Julian Assange on any web-site on which you have an account.

On April 4, 2015 the ABC and other new services reported on fierce 'clashes' as a newly formed organisation turned up in large numbers to oppose rallies in several states by a political group called Reclaim Australia.

"Organiser Mel Gregson [1] said No Room for Racism was formed with the express purpose of shutting down the 16 rallies across Australia planned by Reclaim Australia. The Reclaim Australia members, on their facebook page, describe their mission as "We as patriotic Australians need to stand together to stop halal tax, sharia law & islamisation.""

So is Gregson, and all who support her, denying people the right to demonstrate peacefully about something they believe in, thereby displaying intolerance and bigotry? If she was at an anti-nuclear demonstration, would she cry "evil capitalism" if thugs hired by the nuclear power lobby turned up for a hostile confrontation against her? 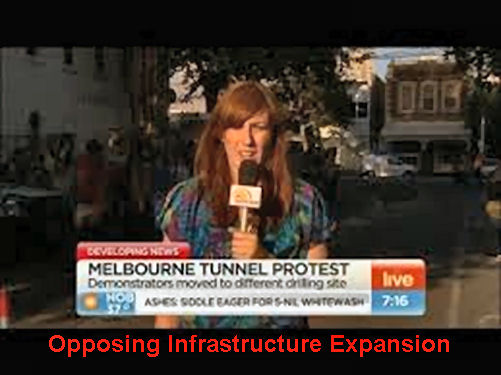 Racism:
Prejudice, discrimination, or antagonism directed against someone of a different race based on the belief that one’s own race is superior. The belief that all members of each race possess characteristics, abilities, or qualities specific to that race, especially so as to distinguish it as inferior or superior to another race or races.

Xenophobia:
Dislike of or prejudice against people from other countries. Does this mean the Aborigines who threw spears at the invaders of the First Fleet were xenophobic?

Does the banner "No Room for Racism" prejudge that Reclaim Australia is made up of racists without even understanding the meaning of the word? Is denying people the right to peacefully express a (non racist?) point of view in a public gathering analogous to autocratic imposition of martial law denying those people their rights?

This is not an argument about one side being right and the other side being wrong. This is an objective criticism of the motives and moral legitimacy of No Room for Racism.

No Room for Racism was chanting:
"The Reclaim members sang renditions of Advance Australia Fair, but the anti-racism protesters’ chants of “immigrants are welcome, racists are not” could also be heard throughout the CBD."

So is No Room for Racism not only confused about the meaning of the term racism but also confused about immigration and its impact on infrastructure expansion and the capacity to accept refugees in preference to relatively wealthy migrants? Isn't lack of population growth management driving the infrastructure expansion that Mel Gregson also opposes? Are Gregson and her supporters totally confused about the differences between refugees, mass migration and population growth management? Is this the kind of confusion that is endemic in Australian society as a direct result of the ABC (and other media) suppressing public policy debate of population growth management? Is this a form of confused "socialism" which is actually acting against global social equity by supporting exactly the same values as globalisation and right wing extremism?

Is a valid conclusion that Australia should have "No Room for Duplicitous, Self-Righteous, Incoherent Bigots" whose confused logic is carefully nurtured by dishonest taxpayer funded ABC broadcasters?

[1] Mel Gregson is a member of the Socialist Party of Australia. See http://fightback.org.nz/category/general/events/page/3/ and http://links.org.au/node/3095