The draft Yarra Strategic Plan claims to deliver the first Victorian integrated river corridor strategy and to identify immediate actions for the river corridor, enabling long-term collaborative management between agencies and Traditional Owners. It is intended to guide local planning. We publish here a critical submission to this draft plan.

Rapid population growth has impacted heavily on private and public open space in Melbourne, especially over the last decade. Clifford will discuss some individual case studies and his Private Members' Bill to reintroduce local democracy into Victoria's planning law.

Hoddle Street is a very long road in Melbourne, Victoria. Congestion in Melbourne is reaching ludicrous and unforgivable proportions. The treelined part of Hoddle Street is apparently being sacrificed without public consultation for the no-win race of government-engineered population growth.

The other day I retrieved a brochure with an illustration like this from my letter box. It was imploring me to take up residence in newly built apartments quite close to where I live. I guess that decor was supposed to sell the sterile looking place to me.

There is his huge gap between what the people want and what politicians and their masters want. 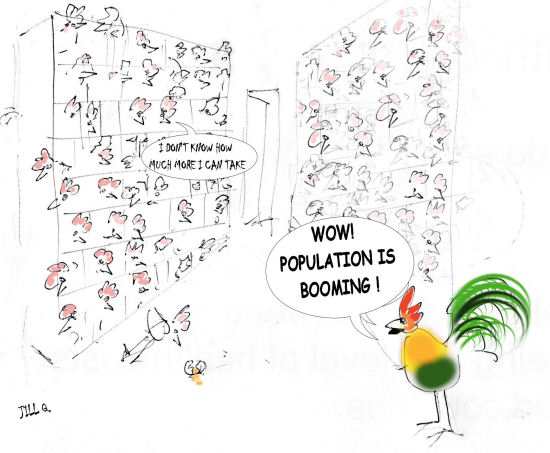 The Minister for Planning has publicly insisted [1] that Victoria has to fit 10 million people in Victoria with four more million in Melbourne and that that is the reason for the planning dictatorship he is trying to force on Victorians. If we did not 'have' to fit in millions more, no new plan would be 'needed'.

Victorians and Australians need to initiate a new democratic process and hold to it. Residents' action groups now find themselves at the coal-face of democracy. They are the front line representing the future of our cities, states and this country.

3CR talkS to Michael Bayliss from Planning Backlash about the development woes facing Melbourne and how this issue will only become more serious in light of plans to further deregulate the planning system. Whether it is increasing densities in the inner suburbs or developing the urban fringe, we are not getting the standard of development that Melbourne requires as we proceed to a low carbon economy.

Anyone that lives in Sydney or Melbourne will have experienced the crippling rise in congestion on our transport networks first hand. Morning and evening peaks now run for hours, traffic is forever thick on the weekends, and the time taken to travel from point A to point B now takes longer than ever.

(Submission inside) Plans for the proposed underground railway from north west to south east of the city are not yet finalised.

This week Craig Thomson, President of the Australian Wildlife Protection Council, is working on a submission to oppose the rezoning of Melbourne Water land in Rosebud South. Unfortunately he has run into problems getting appropriate ecological information about the site. He wonders if the State Government and Melbourne water have deliberately made the ecological report unavailable.

Greens Councillors Amanda Stone, Sam Gaylard and Misha Coleman voted together with Councillors Stephen Jolly and Jackie Fristacky to give the go ahead to run a cycle path through a natural reserve. Trees will be felled. This was not a foregone result, since the decision was carried only by one in a 5:4 vote.

This bad news is from Whitehorse where some areas are famous for their bush areas and trees and now the government plans destroying a lot of it and people are angry - do add your voice in support. We are supposed to grow more trees not destroy them like vandals. 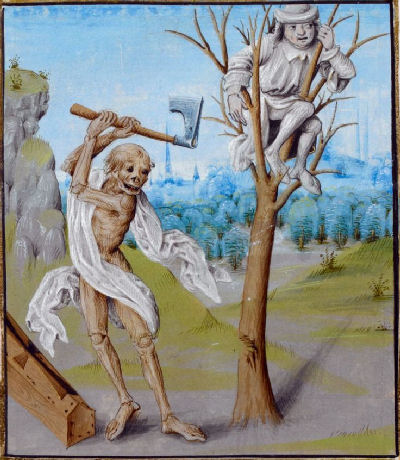 Dear Friends of the Trees in Whitehorse

Here cdb poet, Brolga-Brolga, tells a moral tale of how a number of neighbours clubbed together to speculate on their adjacent land, but when they tried to buy again, they were already priced out of the market. With homage to Barry Humpreys who wrote The Highett Waltz, sung by Dame Edna, and linked to here.

See inside for a fascinating video account of the history of the law on church land grants in Victoria. A North West Melbourne group is asking for support in their battle to reclaim land for a public park land given by the crown to a Baptist church which no longer wants if for a church. The land now has a value of about $15m and the Baptist organisation wants to sell it off for a dense appartment block.

Since 2002 when Melbourne 2030 was quietly introduced by the Bracks’ government (which was intended to be a 30 year plan for Melbourne to make it a more compact city) there have been another 1 million people in Melbourne and 16 new plans introduced in 14 years. The latest is “Plan Melbourne Refresh,” very quickly followed by “Managing Residential Development,” which is a review of the Reformed Residential Zones.

Here is an update on current overdevelopment trends in Melbourne, by Mary Drost, of Planning Backlash, with references to height and density, the Property Council of Australia, safety and a new activist group, Victorian Building Action Group.

I went to the one [meeting] at Pascoe Vale neighbourhood Community Hall. People were hostile. They [Council staff] said they were seeking community input for their submission. One resident said;

Moreland residents are presently being treated to a new round of ‘consultations’ throughout the municipality, and being indoctrinated by Council staff on the assumed benefits of residential rezoning (radically increased residential densities) and of neighbourhood activity centres as a central feature of the ’20-minute city’.

AD Good morning listeners, time to think about getting up. (I already have). Just a few news items before we move into the program and here’s GH with the traffic report.

Mark Allen from Population Permaculture and Planning locks horns so to speak with West Australian Planning Professor, Professor Newman, over Melbourne's apartment proliferation, in discussion on the Conversation website relating traffic congestion to GDP rather than to population growth, and where the professor has suggested that increasing low cost, low quality, high density appartments would solve housing unaffordability. (If you wish to contribute on The Conversation site, please hit 'newest' on the 'Comments' section to read the latest dialogue at: https://theconversation.com/dont-panic-traffic-congestion-is-not-coming-for-our-cities-45154)

The Fairfax media sank to a new low recently in pushing its in-house pro-population bias (in The Age) by publishing commentary on this crucial issue from the Australian Population Institute.

Unfortunately, the article, ‘We should look to the west as our population swells’, by Jane Nathan, 16 July 2015, highlights the way in which the left-liberal establishment in Australia, including Fairfax, now sings from the same song sheet as free-market growth maniacs. While it may be claimed that the population-boosting rant presented in this article is the opinion of the Australian Population Institute and not Fairfax, Fairfax, of course, can exercise considerable bias in its selection of opinion piece commentary. It has a broad menu of pro-population vested interests to choose from. It is worth mentioning that material presented as commentary or opinion does not have to stand up to any serious standard of factual accuracy or rationality in the eyes of the Australian Press Council. Commentary, therefore, provides an opportunity to push an in-house view to extremes without being very accountable about it. Fairfax may respond that ‘balance’ will be struck over the longer-term with the subsequent publication of opposing views. Just when this may occur or whether subsequent opinion would directly address the inaccuracies and bias of commentary like this within a reasonable time frame remains unclear.

"The redevelopment and remodelling of the Queen Victoria Market (QVM) plus changes in its functions proposed by the City of Melbourne, led by the Lord Mayor Robert Doyle, should be ringing alarm bells amongst Melburnians. This is one of the biggest assaults ever mounted on the QVM in the history of Melbourne." (Julianne Bell, Protectors of Public Lands Victoria Inc.)