A report provided by the US Senate Committee on Banking, Housing and Urban Affairs contains lists of weapons provided by the United States to Iraq, many of which - including aircraft - would later be seized by ISIS and probably later deployed in Iraq and Syria. These included an horrendous US-manufactured arsenal of chemical and biological weapons: including anthrax, botulinium, and E.Coli as well as human and bacterial DNA. Grotesquely, the United States, which had provided these weapons, has later accused the Syrian Government of using chemical weapons, and Trump has used this as an excuse to invade Syria. 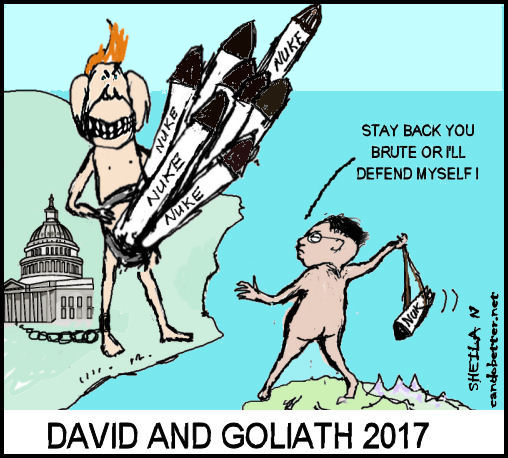 The quotes below are taken from

Paul Holden, Ed.'s Indefensible: Seven Myths that Sustain the Global Arms Trade was first published in 2016 by Zed Books,UK, a well-written and well-resourced book that brings us up to date with the trade and also explores its many motives. I don't know if it was overtly stated anywhere in the book, but I formed the impression that excessive arms are collected, bought, and sold by national leaders as a power display and that their buying and selling is a kind of social interplay between globally hypertrophied alpha apes, currying favour or swaggering at each other from the top of their weapons piles and taunting smaller apes. In this anthropological light perhaps we can understand North Korea's leader, Kim Jong-un's resort to nuclear weapons as North America teases him with ostentatious displays of military strength while the world press taunts him as mad. Similarly Gaddafi's purchase of over $30b worth of weapons from world powers was perhaps an unsuccessful attempt to palliate the ferocity of the mad apes in the west.

I was particularly interested to read the history of who sold weapons to the Middle East and was not surprised to find out that it is the same powers that are intervening there to 'stop wars'.

"The list of biological material the US provided [to Iraq and which were later stolen by ISIS] was shocking, including anthrax, botulinium, E.Coli as well as human and bacterial DNA.[2] There is credible evidence that when the US invaded Iraq in 1991, US troops were exposed to the very agents that the US had supplied, over and above fighting against the weapons whose acquisition the US had helped to fund and arrange.[2] In the aftermath of the fall of Saddam Hussein, the world was witness to another type of blowback: namely, when an ally is provided arms but fails to stop those arms being stolen by enemies.[3]"

"[...]a 2014 UN Security Council Report noted that in June 2014 alone ISIS seized sufficient Iraqi government stocks from the provinces of Anbar and Salah al-Din to arm and equip more than three Iraqi conventional army divisions.[4] Reviewing the evidence, the same report provided a chilling summary of the range of weapons ISIS has at its disposal: