Tucker Carlson argues that the Ukraine war follows on from the Russia-gate conspiracy that Hillary Clinton began after losing the 2016 US election.

Australia shows contempt for an international rules-based order, agreeing to join the US and UK with a naval, air and ADF personel presence in the Persian Gulf without any national debate or UN resolution.

These films would constitute slapstick if their intentions to mislead were not so serious. They are meant to provide the United States with an excuse to drop bombs on Syria. This would be the same old disproven excuse that the US has tried to use already several times. It is amazing how the deep state just cannot come up with good script writers for anything.

As Syrian forces backed by Russia launch the final showdown in Syria against jihadist extremists in Idlib province, the potential for a U.S.-Russia confrontation has never been greater, as VIPS warns in this memo to the president. #000000;" tabindex="0" data-term="goog_1726228808">

Reports have appeared of activity by the White Helmets group, or militants posing as White Helmets, consistent with an intention to stage a ‘false flag’ chemical incident in order to provoke Western intervention.

"All military personnel, from low ranking GI’s to the top generals and admirals, have an obligation to disobey illegal orders. Orders to carry out acts of war against a sovereign nation that is not threatening the U.S. are illegal orders." Jerry Condon, Veterans for Peace.

No sooner has the idea of a US withdrawal from Syria been floated than Assad launched a chemical weapons attack on the suburbs of Damascus...or so we are being asked to believe. But this is not the first time we have been lied to about chemical weapons claims. What is the evidence about this situation, and what are the latest developments with regard to the international response?

How many of us can truly say we have witnessed such exhilirating history in the making? Footage of the Syrian Arab Army and their allies entering the city of Deir Ezzor has just been released. Yet another one of the brutal and punishing sieges maintained by ISIS and assorted US coalition armed and funded extremist forces has had its back broken by the SAA and the stubborn resistance of the Syrian people.

On August 12th, a group of gunmen entered a White Helmets compound in Sarmin, Syria and opened fire on sleeping members of the emergency rescue group. The White Helmets is a well-known group operating in conflict areas of Syria rescuing victims from the rubble after bombings. They were nominated for the Nobel Peace Prize, and a short documentary about them won an Oscar.

John Pilger and Vanessa Beeley talk about the amazing growth in mass-media supported war propaganda in our times, including the grotesque fantasies manufactured about Russian intervention in US elections and the creation of a false cold war. 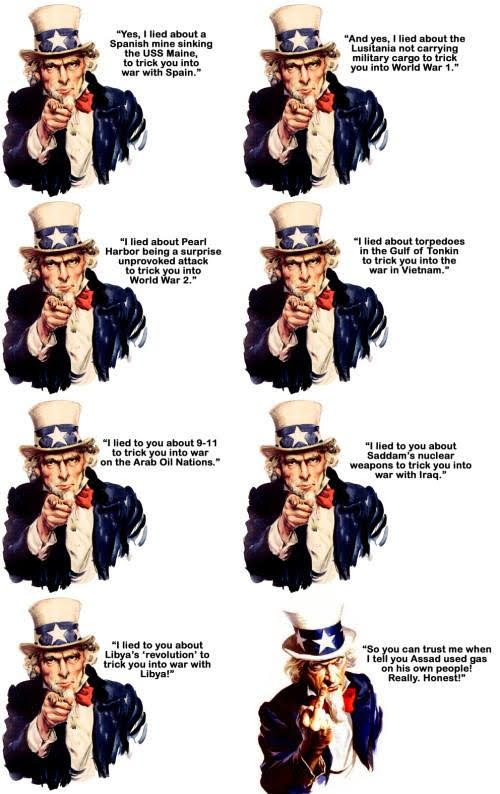 This letter to a high profile pacifist on a Canadian peace activism email list highlights the problem within the international peace movement where some 'leaders' turn a blind eye to the egregious flouting of international law by the United States, NATO and their allies.

Australian politicians and mainstream journalists seem almost as one in their approval of worsening relations between the two major nuclear powers: Russia and China. Yet a sane person would ask what is so good about this? In the embedded video, Tucker Carlson, US journalist, goes to the US Democrats to find out why they are so keen for the US to pick a fight with Russia. The responses from Alfred E.

It is weird that the mainstream press and the US-NATO war machine continue to put out the same stories as if they were spam-bots. You would think that real human beings could come up with something more convincing.

"We deny completely the use of any chemical or toxic material in Khan Sheikhoun town today and the army has not used nor will use in any place or time, neither in past or in future," the Syrian army has said in a statement. The Syrian Air Force has destroyed a warehouse in Idlib province where chemical weapons were being produced and stockpiled before being shipped to Iraq, Russia’s Defense Ministry spokesman said.

Interviews with Syrians in Aleppo regarding how they perceive the defeat of the 'rebels', whom they call terrorists.

Article below has been republished, 15 Nov 2016, on the (real) Syrian Free Press.

What's happening in Syria has been going on for over five years and it's not a civil war. 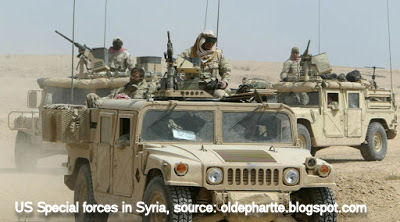 At the recent annual convention of Veterans for Peace, VFP Vice President Jerry Condon said “The US peace movement has been demobilized by disinformation on Syria.”

Disinformation and propaganda on Syria takes three distinct forms. The first is the demonization of the Syrian leadership. The second is the romanticization of the opposition. The third form involves attacking anyone questioning the preceding characterizations.

[Candobetter.net Ed: This article foreshadows the imminent release of the new war-faction novel, Beyond all recognition by Kenneth Eade, some o

Why does the mass media support false government narratives that justify our support or participation in deadly wars? Media analyst, Jeremy Salt and Susan Dirgham of Australians for Reconciliation in Syria, explore this perplexing question that shapes our times and our future.

Susan Dirgham of AMRIS talks with Middle East and propaganda scholar, Jeremy Salt, about the history of western interventions in the Middle East and in Syria. She asks why the mainstream press don't tell westerners how Syria is secular and has good women's rights; women got the vote there in 1947.