The offshore rig Deepwater Horizon exploded April 20 in an oil leak that has surpassed the Exxon Valdez as the worst in U.S. history. Scientists estimate up to 20-40 million gallons have been flowing over the last five weeks but estimates vary wildly. Exxon Valdez spilled nearly 11 million gallons in 1989. A U.S. Geological Survey says scientists calculated the well has been spewing from 504,000 to over a million gallons a day but nobody knows for sure at this stage exactly how much has spilled (1). This is actually not a spill, it is a draining of a massive oil field into our oceans. It will go on for a long time, maybe several years. There are already many leaks next to the big one.

Danger of Chemical Dispersants Used
It’s not just the amount of oil spilled but the millions of gallons of toxic chemical dispersal agent Corexit 9500 which is being pumped into the leak a mile under the Gulf of Mexico waters in order to keep the full extent of this leak from the American public. 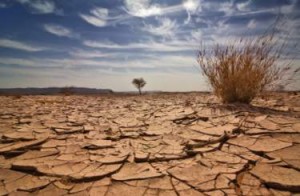 Australians everywhere are devastated at the terrible bush fires in Victoria and flooding in Qld. An estimated one million native animals have been incinerated in the infernos, although the true total could be many times more. The surviving animals will be left to starve or die from injuries, heat stroke or dehydration. We have seen the photos of desperate koalas stopping cyclists on the road for a drink from their water bottles, clambering over fences and drinking from people's swimming pools, dog bowls and watering cans. Koalas nation-wide will now number considerably less than 100,000 thanks to these fires and floods.

With the worst record in the world of wildlife extinctions, having driven 40% of our native animals extinct in a mere 220 years, isn't it time, once and for all, that the Australian government stopped allowing the killing of our so called 'protected' native animals, most of whom are suffering from the following major threats: