Yesterday I became aware of the terrifying circumstance where the Nordstream1 and Nordstream2 pipelines have been sabotaged by huge explosions, soon after the time when US helicopters were reportedly in the area.[1]

On his 27 September 22, program, Tucker also points out that a new pipeline from Norway has just opened as Nordstream 1 and 2 have been sabotaged. The US elites seem to be utterly sociopathic.This important document on youtube video has predictably since been replaced by a Hindi cartoon, but fortunately rumble.com is now carrying a copy, which underlines, again, the importance of the internet diversifying from youtube, and facebook etc. If you have problems viewing this, due to censorship, use TOR browser.

Victorian Kangaroos need your signature on this petition! They have been decimated by bushfires and the Victorian Government estimates of numbers are way out. The Mornington Peninsula contains a landlocked group of grey kangaroos that are menaced by several processes, including increased development, traffic, fencing, shooting, and the so-called Kangaroo Harvest Program (KHP). These animals need our help and protection. The petition calls upon the Victorian Government to suspend its 'harvest' program. See below. 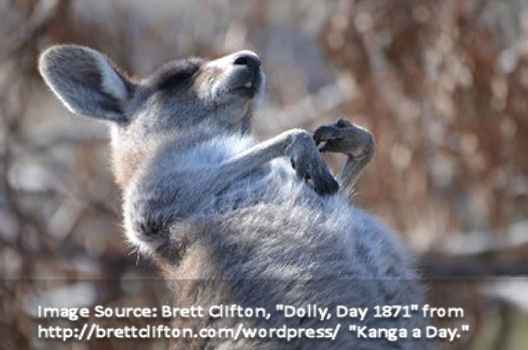 The Petition of certain citizens of the State of Victoria draws to the attention of the Legislative Council that kangaroos culled through the Kangaroo Harvest Program (KHP) and the Authority to Control Wildlife (ATCW) has been a contentious issue for a long time in the Mornington Peninsula community. The Victorian Government appear to be over-inflating kangaroo numbers as their count excludes large parts of the state’s landscapes, meaning that kangaroo numbers could be grossly overestimated.

During the black summer bushfires of 2020, approximately 3 billion wildlife were killed, injured or displaced. The Victorian Government estimated that in 2020, the kangaroo population increased by 40 per cent, which macropod experts claim is not scientifically possible. Kangaroo numbers based on ATCW permits highlight that the counting of kangaroos for the KHP is not based on science. Kangaroos in the Mornington Peninsula are under threat from increased development, traffic, fencing, shooting and now from the KHP.

The petitioners therefore request that the Legislative Council call on the Government to suspend the 2021 Kangaroo Harvest Program (KHP), apply improved and accurate methods of counting kangaroos and move the Mornington Peninsula Shire Council out of the KHP Gippsland zone and place it in the Metropolitan Melbourne zone.

Trump made naked threats to invade Venezuela made on 19 February, in a speech truly evocative of Hitlers'. Instead of threatening Jews, Trump is threatening people he perceives as 'communists'. The unquestioning crowds, the dumbed-down US elite cheering war on, show the result of an American education system and press entirely given over to propaganda. US Congress, mostly robots under control by Neocon money, has to authorise any military action - but will they even try to stop it?

"You can choose to accept President Guaido's generous offer of amnesty to live your life in peace with your families and your countrymen or you can choose the second path, continuing to support Maduro.

If you choose this path, you will find no safe harbour, no easy exit, and no way out. You will lose everything."

Trump's naked threats to invade Venezuela made on 19 February, in a speech truly evocative of Hitlers'. Instead of threatening Jews, Trump is threatening people he perceives as 'communists'. The unquestioning crowds, the dumbed-down US elite cheering war on, show the result of an American education system and press entirely given over to propaganda.

Where is Antifa now that America and Venezuela face true Facism

Antifa - that joke - in the face of real fascism - has nothing to say. It is as if they are not even aware of what is going on.

The Democrats are going along with this, with the courageous exception of Congresswomen Ilhan Omar and Tulsi Gabbard.

Under US law, however, Congress must approve foreign military action and the president doesn’t have the power to act on his own. But Congress is weak on Venezuela's self-determination. Basically they don't criticise the propaganda: “I appreciate the need to squeeze Maduro,” said Eliot Engel (the Democratic chairman of the House of Representatives Foreign Affairs Committee). “But the White House must think through the potential repercussions that these sanctions could have on the Venezuelan people if Maduro does not leave office in the coming weeks.” (Source)

Himself threatened by a neocon coup, Trump illegally, against international law, works ever more feverishly for the Neocon coup in Venezuela. What Trump and the EU are all going along with is totally illegal. They are supporting the crudest violation of international law and morality.

The main lies and how the mass media promotes them

Australians everywhere are devastated at the terrible bush fires in Victoria and flooding in Qld. An estimated one million native animals have been incinerated in the infernos, although the true total could be many times more. The surviving animals will be left to starve or die from injuries, heat stroke or dehydration. We have seen the photos of desperate koalas stopping cyclists on the road for a drink from their water bottles, clambering over fences and drinking from people's swimming pools, dog bowls and watering cans. Koalas nation-wide will now number considerably less than 100,000 thanks to these fires and floods.

With the worst record in the world of wildlife extinctions, having driven 40% of our native animals extinct in a mere 220 years, isn't it time, once and for all, that the Australian government stopped allowing the killing of our so called 'protected' native animals, most of whom are suffering from the following major threats:

We call on the government of Australia to protect our native animals in the following ways:-

a) Impose an immediate moratorium on the killing of ALL native animal species (except where it's in the best interest of an animal such as in the case of wounding/disease).

b) Immediately revoke all licences for nuisance killing or sports killing.

c) Increase the penalty for deliberately killing a native animal and to include jail time.

d) Mandate that motor vehicles be installed with 'Shu-Roo' type sonic devices to alert wildlife of the approach of vehicles on country roads.

e) For all development proposals to include appropriate wildlife corridors for the species who live there.

f) To increase expenditure for wildlife corridors to be created where native roadkill consistently occurs.

g) Offer substantial subsidies for livestock farmers to transition from cattle and sheep farming operations to grain and vegetable operations, which do not require constant deforestation to create more grazing lands. Much of the dryness of our country, and therefore propensity to bush fires, is due to livestock farming since cattle and sheep pull out the roots of grasses then compact the soil and cause soil erosion, deserts, droughts and climate change. It's time to move away from this destructive industry and help people transition to a plant-based diet for the sake of our nation.

h) Close down the 'bush tucker' trade completely, especially the kangaroo meat and leather industry. Kangaroo populations have plummeted up to 70% nationwide due to drought and excess killing by the commercial kangaroo industry. The average age of commercially killed kangaroos is only 2-3 years, barely reproductive age. More than 50% of kangaroos killed are females - a recipe for extinction and certainly not 'sustainable.' (see www.stopkangarookilling.org )

i) Create an information sheet highlighting the many ways that kangaroos help prevent bushfires such as by eating the dry grasses that ignite easily in bush fires and by regenerating native grasses by eating the seeds and then migrating to other areas before depositing them into the soil via their stool. Kangaroos are beneficial to our ecosystem in many ways. They do not compact the soil and they help plant many seeds by creating indentations in the soil for seeds to fall into. They also need very little water to drink.

j) Use the media to dispel the widely-held myths that kangaroos are in 'plague proportions' and 'pests.' Since there are more than 5 times as many sheep as there are kangaroos and more cows than kangaroos and about the same number of people, it is hardly fair to call refer to kangaroos as in 'plagues' or 'abundant' and to use that to justify killing them. Also there is no scientific study proving that kangaroos compete with sheep or wheat fields.

k) Develop new methods for people to live in harmony with wildlife so there is no need for governments to 'cull' them. Perhaps where absolutely necessary initiate contraceptive measures or skilfully relocate them.

l) Above all, cease referring to native animals as 'resources to be sustainably harvested.' There is no more sustainability in killing our wildlife, especially our iconic animals.

m) Immediately disband the FATE program established by UNSW which pays farmers to allow shooters to come onto their property and kill native animals for a profit.

n) Tourists come from all over the world to see our amazing native animals and are disappointed to only find them in zoos. Since our tourism industry is suffering financially, creating eco-tourism (possibly employing former shooters and/or local farmers to become tourist guides) would do a lot to stimulate our economy and also go far in re-establishing our current abysmal international reputation for eating our national emblems and for the fact that we conduct the largest slaughter of wildlife on the planet.

We are running out of time. Without biodiversity, we will all perish!

May Australia not be the first country in the world to have all its native animals extinct during this period of the 6th Mass Extinction of all species.