Apologies: This article previously erroneously stated or implied that all rallies were to occur on the same day. In fact, on Sunday 17 June there will be one rally in Sydney, whilst on Tuesday 19 June, there will be other rallies in Melbourne Brisbane, Perth and, hopefully elsewhere.

The following has been adapted from Global protests to demand freedom for Julian Assange (2/6/18) | Class Consciousness.

In the coming weeks, including on 19 June, rallies have be organised for Julian Assange have been organised across Australia and across the world. 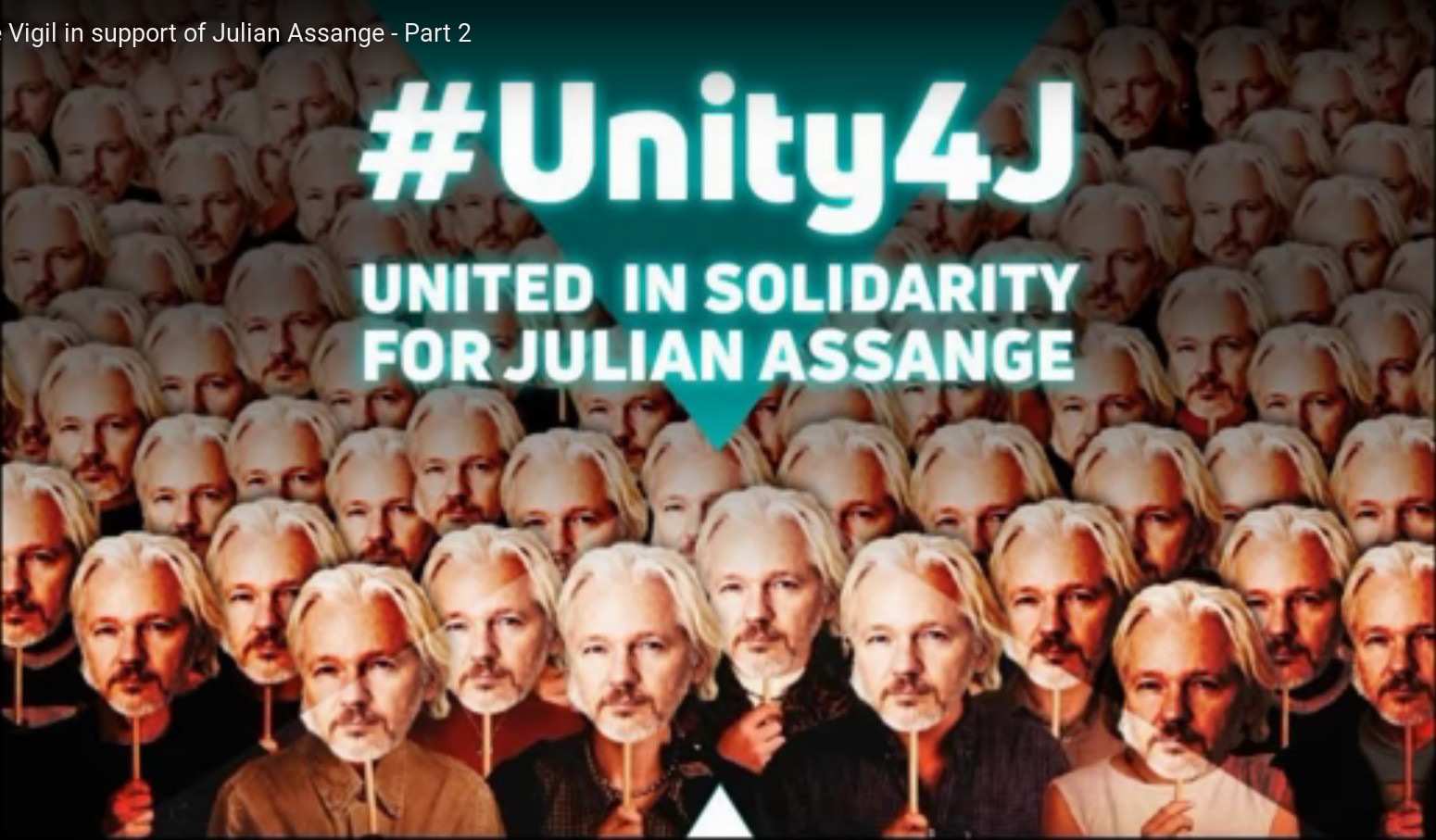 Demand that the Australian government act to abide by its duty of care to any Australian citizen and send to London a contingent of Federal Police to escort Julian Assange back to Australia.

Upcoming Rallies and protests in Australia 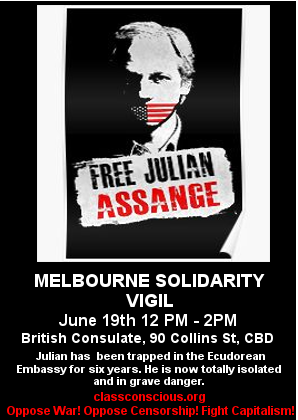 Vigil outside British Consulate, – Tuesday 19th .: Vigil will be attended by Julian's father, John Shipton and other young member of Julian's family will be in attendance. Julian is totally isolated from his friends and family whilst trapped in the Ecuadorean Embassy.

Shirley Shackleton:whose journalist husband Greg was murdered by Indonesian force in Balibo on the eve of the Indonesian invasion of East Timor. Shirley fought for decades for the East Timorese and against the Australian government's cover up of her (and four other journalists).

If you are planning to host or know of any other cities who wish to participate in the June 19th actions for Julian, they are being coordinated through the Free Julian Assange at U.K and U.S. Embassies Worldwide Facebook page or send a message direct to the Class-conscious website via our Contact page. Like wise if you have additional details of speakers etc about already listed events, please pass that on too.

Julian Assange helped thwart US plans for war against Syria, ...

The following has also been posted to Syria News, the #comment-117359">Syrian Free Press and #comment-2969">The Rabbit Hole (aka sarahabed.com) : Australian journalist Julian Assange has been illegally detained in the Ecuadorian embassy since 2012, as found twice in rulings by the United Nations. It is largely thanks to Julian Assange and Wikileaks that the world is much more aware of the criminality of actions, by theUnited States and is allies, towards Syria, particularly since March 2011. Julian Assange and Wikileaks have also revealed the truth about their conduct in Iraq, Yemen, Aghanistan, Korea, Ukraine, Lebnon, Libya, Palestine, …

In a radio interview yesterday, Andrew Hastie, who chairs the Australian Parliamentary Joint Committee on Intelligence and Security, pointed to the real driving forces behind a new bipartisan push for the rapid passage of proposed "foreign interference" laws.

Hastie, a member of the Liberal-National Coalition government and former SAS officer, said Australia's role in the US-led Five Eyes intelligence alliance made the country a "soft underbelly" for authoritarian regimes "seeking to get secrets from the United States."

The Five Eyes network links Australia’s spy and electronic surveillance agencies to the US National Security Agency and its counterparts in Britain, Canada and New Zealand.

On Thursday, Hastie's committee handed down a report, with the unanimous support of its opposition Labor Party members, strongly endorsing the Espionage and Foreign Interference (EFI) Bill, a key part of the legislative package. The report suggested 59 amendments, essentially designed to reinforce the bill's focus on criminalising alleged "Chinese influence" and many forms of political dissent, especially anti-war opposition.

Apologies. This article previously gave the erroneous impression that all the rallies for Julian Assange were to occur on the same day. In fact, only the Sydney Rally is to occur on Sunday at 1:00pm to 3:00pm at the Sydney Town, whilst the rallies in Melbourne, Brisbane and Perh are to occur elsewhere. This has also been noted at the top of the article.