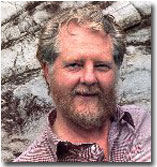 As the federal and ACT governments preach the virtues of high population growth a few individuals are prepared to put an alternative view.

One of those is Canberra poet Mark O’Connor, co-author of a book soon to be published by Enviro Books called Overloading Australia.

The Stanhope Government boasted this week of increases to interstate and international migration to Canberra, but O’Connor said, “Canberra’s going downhill rapidly."

“We have this mad pro-development Government that tries to push more and more people into it.”

He said most people wanted Canberra “kept more or less the way it is”, but could not get representation for this view in the ACT Legislative Assembly.

At the very least there should not be an open-ended commitment to ever more suburbs, which was the case at present, he said.
The economy was dependent on more suburbs being built. The result was a declining quality of life for those faced with higher population densities.

O’Connor said “citizen disobedience” was now appropriate. For example, that we should not conserve water.
This would “only be encouraging (Chief Minister) Jon Stanhope to push us further into a position where come the next drought we’ll have an even larger population”.

Until the Government had a plan to cap the population, it was counterproductive to conserve water.

Across the country, population growth was being demanded as a necessary part of economic growth, putting an increasing strain on the infrastructure of cities.

“The UN Population Fund regards 1.1 per cent as too high in Asia.” O’Connor said.

The growth was about half natural increase and half immigration. Immigration was at record highs and all the pressure from government and industry was to be even more irresponsible.

There was recognition by governments that greenhouse gases had to be cut, but by some trick that had to be divorced from economic growth, and the economy just had to keep on growing. “That’s an unsustainable position, that will come unstuck before long,” O’Connor said.

There was a “selective deafness in the media” on the population issue.

The president of the Australian conservation Foundation, Ian Lowe, had tried to raise the population issue at the 2020 Summit, but had been up against a belief that population growth and economic growth were good.

O’Connor said, “Unless you win this (population) battle, in the long-run every environmental battle will be lost.”

The folly of high immigration

Even some within the immigration industry are concerned about the impacts of ever-increasing mass immigration on the country's environment and quality of life:

The Australian government is constantly calling for skilled immigrants, but with an estimated growth of nearly 1 million in the next 13 years many question if Australia's infrastructure can cope.

These concerns have come to the fore today on the eve of the state budget where billions are thought to be given to building Australia's infrastructure. But will this be enough to deal with the mass of immigrants flooding in to Australia on a yearly basis?

"Australia is one of the most popular immigrant destinations and it is now easier for skilled foreigners to start a new life," says Erin Ryan of www.globalvisas.com, specialists in global mobility. She adds that this is great for the Australian economy but if overpopulation occurs it could turn into a disaster, with not enough water, housing or food.

The influx of immigrants, particularly to Sydney, could cause major stress to resources, but because the effects are thought to take years to be felt, the government still open the doors to immigrants through an increased migration programme.

Last month Rudd increased the amount of immigrants by over 30 000 a year, with growth like this it is important for the government to invest in services in order for Australia to ultimately cope with the growth.

Gov playing for the profiteers from pop growth

Note the qualifier at the end, 'invest in services'. I read this as mainstream news code for 'divert money to property developers, engineers and finance'. There is no intention to stop growth; just to profit from it. As for not detecting the costs of growth, there are plenty of complaints if government were only interested in looking at them, but it is more interested in diverting our money to the so-called 'service providers'.

You know, each night as I head home on the bus I pass by one of those electronic signs that shows Canberra's current water status. Lately we've been at about 45% capacity and achieving close to the target consumption of 97MLitres a day. Which has come about (to some degree) as a result of people rallying to the call to conserve water and use it more wisely. A call that the ACT Government has spent lots of money on promoting. Money well spent? I think not. Jon Stanhope supports the construction of a whole new housing division at Molonglo, ostensibly to address the housing crisis in Canberra. And yet, I heard him say on the TV news last week that the priorities for his Government were "economic growth, skills and population". And I don't think he was talking about promoting sustainability for any of them either, just quietly. So we have a shortage of water. Stanhope's solution is to call for restraint with water use. But to increase the number of water users as fast as possible. We have a housing affordability crisis. Stanhope's solution is to build new suburbs. But to increase the number of buyers and renters by attracting more people to the area. Is it any wonder that our dams are at 45% and falling and that our housing affordability is the third worst in the country? It'd be nice to see some candidates stand on a sustainable population policy in the upcoming ACT elections. .

A FLOOD of migrants and a continuing rise in the birth rate gave Australia its fastest population growth in almost two decades last year.

Queensland is leading the population boom, attracting migrants from overseas and across the border in NSW.

The number of Queenslanders rose by just under 100,000 last year, almost a third of the national population increase of 331,000.

The 1.6 per cent increase in the population lifted the national total to 21.2 million.

"The United States has a slightly higher fertility rate but our migration rate is much higher," he said.

Professor McDonald said NSW was the big loser, as a result of efforts by former premier Bob Carr to close the state to migration.

"Over the last seven years, NSW's share of international migration has dropped from 42per cent to 29 per cent," Professor McDonald said.

NSW still accounted for 42 per cent of the people leaving the country, he said.

Western Australia was the biggest destination for British migrants, while Queensland attracted the most New Zealanders.

Victoria and NSW appealed more to Chinese and Indian migrants.

"South Australia has also achieved a remarkable increase in its migrant intake from 2000 five years ago to 13,000 in the last year," Professor McDonald said.

With about 24,000 people leaving NSW, mostly for Queensland last year, NSW had lower population growth than Queensland and Victoria.

Despite the resources boom, Western Australia failed to attract a significant flow of migrants from the eastern states, with only 3775 people making the trek across the Nullarbor last year. Queensland lured 25,650 people.

The fertility rate continued to climb, reaching 1.85 births per woman, up from a level of 1.72 four years ago.

The Australian Bureau of Statistics said this number might have been exaggerated by the new requirement that births be registered before parents can claim the baby bonus.

However, Professor McDonald said even accounting for that change, the fertility rate was above 1.8 births per woman.

Observe how NSW is described as the "big loser" in the frenetic race towards overpopulation and lower living standards. As premier, Bob Carr came to the conclusion that rapid immigration-fuelled population growth was unwise, unhealthy and unsustainable and would only come to an end by either conscious control or by catastrophe. He prudently chose the former. Yet he is maligned and condemned for placing the interests of the existing population of NSW above those of big business and other pro-immigrationists.

"Time for a national conversation about immigration numbers."

Sick of the congestion? Time to talk about immigration of 28 Sep 08 by Michael Duffy in the Sydney Morning Herald.

Except that Duffy falls for the trojan horse of having Steve Bracks broker a 'population policy'! See my comments at Melbourne 2008: Life in a destruction zone

…was largely auspiced by Property Developers, in APop (The Australian Population Institute) and mortgage financiers. As well as Australia’s mainstream Press – Fairfax and Murdoch - which own www.realestate.com.au and www.domain.com.au, Mr Richard Pratt and Mr Steve Vizard, both involved in criminal activities for financial gain, were very prominent in this event."

Perhaps I should have added that Bracks was right in there spruiking for population growth himself. I would label Bracks one of the 'bad guys' on digging Australia into a hole for infrastructure that it never had to have. He did this by assisting property developers to push open-ended population growth down Victorians' throats. Thwaites went along with this and Brumby was presumably part of it from the onset, and remains its crudest surviving government advocate. Every talking head in Victorian Government spruiks for growthism (whilst pretending it's all - ha ha - to cope with climate change. No-one in the ALP to my knowledge appears to dare to think for themselves. There is a culture in the Victorian Labor government which is even worse than it was in the Liberal government, whereby, not only is democracy suppressed at the level of public debate, but there seems to be no debate at all within the members of parliament.

It astounds me that so few people grasped what was happening at the time and or they have completely forgotten.

Sheila Newman, population sociologist
home page
Copyright to the author. Please contact sheila [AT] candobetter org or the editor if you wish to make substantial reproduction or republish.

When Is a Country Overpopulated? of Fall 1992 issue.
Immigrationism, Racism And Moral Monopoly of fall Winter 1993-1994 issue
Where Does the PC Line on Immigration Come From? of Winter 1997-1998) issue