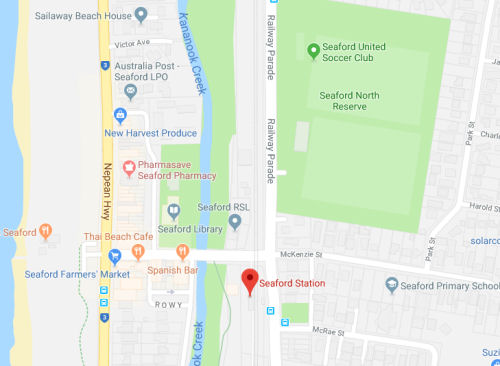 Councillor Kris Bolam is the only Councillor to respond so far - he has promised to follow it up.

This is a vey reasonable request. It just shows how poorly though-out ideas like "transport hubs" are. In planning , every change has a flow on- effect and people lose out. Actually "they" know this but just couldn't care. As long as people just move over and accommodate, problems can be swept under the carpet.

It also puts the lie to the claim of 'local democracy' does anyone recall in one of the occasional (every few years) community consultations the Council hold at the local community centre Council flagging that it was to make the Seaford North Reserve paid parking and available to commuters to occupy all day? Did they consult the members of the soccer club who use the reserve most frequently over winter? My kids play for the club, I never received any invitation or information on it - but maybe I missed it - if anyone else did please let me know?

Hi Matthew, I am emailing you in regards to your enquiry made to the Councillors Office regarding parking arrangement at Seaford North Reserve Car Park. I advise that the intent of the car park is to allow both long term and short term parking, basically similar to what was there before. There has been some progress since your communication, some short term parking will be reinstated at the northern part of the car park for park users in the coming weeks. Part of the car park will remain free all day for commuter use while level crossing removal works continue until march next week[sic]. Then permanent parking restrictions will be fully reinstated to provide mix of paid and free short term and long term parking that cater for different community needs. Should you have any further query, please do not hesitate to contact me.