Please also download DRAFT.THEMERCURY.DAWTREY.ARTICLE.pdf (301K) of 17 May 2013, which is Keith Noble's more recent response to the misreporting and censorship of readers' expressed opinions by the Hobart Mercury, owned by Rupert Murdoch. - Ed, 19 May 2013
See also: The Port Arthur Massacre: A sceptical re-appraisal of 6 Sep 2010 by Syd Walker; Australian Conspiracy: the 1978 Sydney Hilton bombing of 6 Sep 2010 by Syd Walker.

A conspiracy theorist based in Austria, and claiming to be a former Tasmanian, is writing a book about the massacre in which he claims Bryant is the innocent victim of a killing spree planned and carried out by the government and police.

People who attempt to draw the attention of the public to glaring inconsistencies and anomalies that are often to be found official accounts of events such as the Port Arthur Massacre, have, at least since the time of President Kennedy's murder in 1963, been labelled 'conspiracy theorists'. This is use of an ad hominem attack in order to dissuade others from also considering the evidence given by the person thus labeled. Zara Dawtrey continued :

While Port Arthur conspiracies abound online, Keith Noble is making sure his views reach audiences far beyond the confines of the internet conspiracy community. 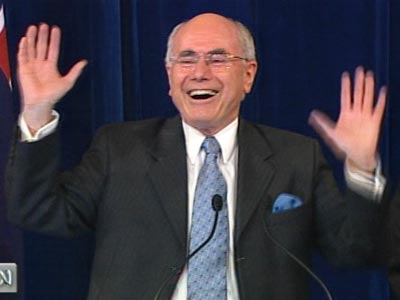 Then Prime Minister John Howard professed his abhorrence of killing and firearms after the Port Arthur massacre. He passed laws which drastically reduced the rights of Australians to own firearms. For that John Howard was proclaimed a hero by many members of the Australian Labor Party and many supposed 'bleeding hearts.'
John Howard then went on to to help organise the recruitment of mercenary strikebreakers for his 1998 attempt to break the Maritime Union of Australia. In 2003 John Howard knowingly peddled the lie of Iraqi WMDs in order to justify Australia's participation in the illegal invasion of Iraq in which hundreds of thousands of Iraqis died. As Prime Minister he slashed and burned government services using former 'Labor' PM Paul Keating's supposed Budget Black Hole as a pretext. After John Howard was allowed to win the 2004 election with the help of corrupt 'Labor' state Premiers, he privatisatised Telstra in the face of overwhelming public opposition. He then attempted to destroy the working conditions of Australian workers with his infamous Work Choices legislation. Fortunately Work Choices was stopped by a successful public campaign in which the Trade Union movement participated and the Howard Government was turfed out in the 2007 federal elections, John Howard losing his own parliamentary seat of Bennelong.

Keith Noble complained of inaccuracies to Zara Dawtry in an e-mail, a copy of which is attached below, and asked why he had not been contacted prior to the publication of her story in the Mercury.

Keith Noble has, indeed, given away free draft PDF copies of chapters 5 and 10 of his book, including to me. The files have been appended here and here to my article Was Martin Bryant the Port Arthur killer? of 3 April 2010. That article, and the material linked to from that article, convinced Keith Noble that an outrageous miscarriage of justice had occurred. Martin Bryant with an IQ of 66 could not have killed 35 people on that day and that the real killer was still at large.

Keith Noble resolved himself to write a book that would reveal the evidence of Bryant's innocence. In the course of writing he has has received encouragement from witnesses who witnessed the tragic events of that day and who knew Bryant to be innocent. 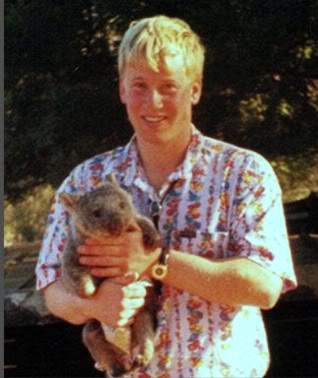 Martin Bryant, now aged 46, languishing in jail for a crime for which he was never tried for and could not have committed, may soon become the 47 victim of the port Arthur Massacre.

Below is included a letter sent to Zara Dawtrey only yesterday. Any response will be published on candobetter. We will also advise you of any further reporting of this issue in the Hobart Mercury.

Update, 10:07AM, Friday, 9 May 2013: Zara Dawtrey's article has been listed as the 3rd of the 5 "most popular" articles in the Hobart Mercury. In spite of having received Keith Noble's letter of protest and in spite of the concern expressed by Mercury readers, nothing more has been published.

Appendix: Keith Noble's letter to Zara Dawtrey of 9 May 2013

This morning, I checked my emails and found many concerned Tasmanians and other Australians had emailed me a copy of your article (9 May 2013) in The Mercury related to the Port Arthur incident.

Of course I have skimmed it, but have no time today to study it. But several serious errors have jumped off the page, and I of course wonder why you did not contact me for details before you published your article. You do have all my contact details as you are on the case mailing list and you are sent regular updates. It really is not investigative journalism (perhaps you are a reporter) if you ignore the context of the story in which Michael Charles Dyson is a major player.

Currently, I am extremely busy working on Part 7 of the book which deals specifially with the Port Arthur incident witnesses. A person with a conscience who works in the office of the Tasmanian DPP has provided the Witness Statements.

The content of them is staggering. It is very easy to see why the State did everything it could to prevent those witnesses from testifying during a trial. It is one of the reasons why there was NO TRIAL. All their statements were denied and innocent Martin Bryant (with his 66 IQ and abilities of a grade 6 schoolboy) was set up then incarcerated for life. As you know, he's now being murdered at Risdon Prison - slowly.

(Have you ever thought of contacting the witnesses and writing something? Not just the ones who parrot the official narrative. The ones who saw the gunman up close and who have declared that it was not Matin Bryant. The ones who state times which puts Martin nowhere near PAHS.)

Once Part 7 is completed, I will turn my attention to a rebuttal to your article. Not being one for secrets, a copy will be sent to you, and your mate Dyson, and to everyone else on the international lists. You should have that rebuttal on Monday (13th), or Tuesday (14th).

Martin was 46 on Tuesday (7th) this week. It is doubted he knew it as his mind was probably destroyed years ago in prison. Despair and drugs do that. But no doubt his dear mother did remember that day. Unknowingly, however, you have provided Martin with the best birthday gift he could possibly get - PUBLICITY!

Always thought Corby was innocent, but Bryant was guilty.

Editorial comment: Schapelle Corby is, not only "not guilty beyond reasonable doubt", but innocent.

The guilty are the Australian consular staff who failed to help her, Australian governments, the Australian presstitute newsmedia and the astonishingly corrupt Balinese police force and administration, who, as rigorously documented in Kathryn Bonella's "Snowing in Bali" (2012) and earlier works, routinely commit offenses as serious as what Schapelle has been unjustly imprisoned for.

Given that you have seen through the media lies about Schapelle Corby, why presume that the story, that many have come to accept is true about the Port Arthur Massacre, has not been conjured up by the Howard Government and the lying presstitute newsmedia?

No-one is telling you what to think. If you disagree what we have written about the Port Arthur massacre on candobetter and what has been written by Keith Noble in his free book Mass Murder (2013, 695 pages, pdf, 13MB), then please feel most welcome to post more comments to candobetter to tell us why you disagree.

Further editorial comment: Our apologies. The original comment was accidentally deleted. We were able to save the brief content of this post, but are not sure where it was posted. It was quite possibly posted as a comment in response to one of the articles listed above.

Bryant innocent of killings and Corby has her problems

I think John Howard was fooled (he would never do anything that bad and didn't believe the left would either but, he was wrong) as it has always been a Labor party, left wing, UN, Communist ploy to take guns from the people. He probably didn't know that it had been set up by the people who control the world governments from those back rooms. Obviously a professional job with some local police having inside information that can't be explained by the evidence. Too many preparations for the incident, the media conference to bring it world wide so quickly, the hospital training for it, the police sent on a decoy job, the preparations for taking the bodies that had been built before the incident, Barry Unsworth's statement about the incident 7 years earlier, the use of infra red vision at the farm to tell the police to send their men back, two shooters on top of the buildings keeping the police away, shooting heard upstairs while Bryant was on the phone downstairs, access to police radio to start the shooting, the use of a similar vehicle and doppleganger or look alike man to set up Bryant, the lack of forensic evidence, casings, bullets, keeping the coroner away and the delay in getting police in there. Not to mention the gun lobby statements and their members being at the scene. Schapelle Corby may have been set up or her normal security guard may have been sick that day, in any case her father has drug convictions and if you took a sample from her and tested it you could find out if she is a user as well. In any case I don't know the family and I'm glad they are not my neighbours.