Andrew Fraser's three different responses to a question on privatisation

"The privatisation of the Cairns, Mackay and Brisbane airports, the Golden Casket, Energex and Ergon during the last term of Parliament, demonstrate that privatisation was an issue at stake in the 2006 state elections," said the independent candidate, "yet where were the electors told of this?"

Mr Sinnamon had contacted both the Premier, Anna Bligh, and the state Treasurer, Andrew Fraser, before the elections were announced in order to ask Anna Bligh for an assurance that, if she intends to privatise any more publicly owned assets, that she state her intention to do so to the public before the forthcoming elections. Alternatively, he asked that Anna Bligh undertake to put any privatisations to a referendum.

So far, Mr Sinnamon has not received a clear response to that question.

The first, given on the Brisbane Madonna King radio show last Friday, was that he had no plans to privatise any more assets and that he was ideologically opposed to privatisation.

The second response, given in a letter received by Mr Sinnamon later on the same day stated:

"We will only ever agree to such sales where there are demonstrable benefits to the Queensland community."

"We ... will not pursue an ideologically driven agenda of privatisation." 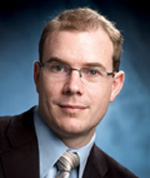 Then, at the Mount Coot-tha electorate 'meet the candidates' night on Monday 16 March, Andrew Fraser gave yet a third response.

Mr Fraser told the meeting that the government had no business owning and operating airports and that the money was better spent on our hospitals.

"So, it seems to me that the State Treasurer is ideologically in favour of privatisation, after all," commented Mr Sinnamon, "at least in regards to airports."

"Why weren't Queensland electors told of that in 2006?" asked the candidate, "Now, in 2009, are Queenslanders only to learn, upon the re-election of the Bligh Labor Government, that the Bligh Government also believes the government has 'no business' owning Queensland Rail, the Port of Brisbane corporation, water infrastructure or electricity generators?"

James Sinnamon had also sought a commitment against privatisation from Opposition Leader Lawrence Springborg, but has, so far, not received a response.

He said that if neither the Labor Party nor the Opposition Liberal National Party (LNP) are prepared to rule out privatisation, then they should defend that stance in a public debate.

Accordingly, the candidate issued a challenge to both Mr Springborg and to Mr Fraser to publicly debate privatisation before the election.

"If they are personally unable to debate the question, I am happy to debate with any other candidate from either party," said Mr Sinnamon.

Mr Sinnamon further called upon all candidates to give a clear commitment against privatisation and intends to put that question to each candidate. He will be publishing the responses on the web site candobetter.org.

James Sinnamon is also convener of Citizens Against Selling Telstra. The responses will also be published on its web site at citizensagainstsellingtelstra.com.

See also: "Open letter to Anna Bligh and Andrew Fraser asking that any planned privatisations be put to the public at forthcoming elections" of 17 Feb 09, "Independent candidate seeks categorical assurance against privatisation from Laurence Springborg" of 11 Mar 09, "Why I am contesting the Queensland state elections as an independent" of 9 Mar 09, citizensagainstsellingtelstra.com.

Thank you for your e-mail of 17 February concerning Queensland Government policy on privatisation.

The Queensland Government's record on the sale of Government assets is very clear. We will only ever agree to such sales where there are demonstrable benefits to the Queensland community and where the Government is able to maximise the financial return to taxpayers.

The Queensland Government has effectively managed such transactions in the past ensuring the proceeds are applied effectively to improve the state's stock of social and economic infrastructure such as the sale of the regional airports where the proceeds will go to hospitals in Cairns, Mackay and Mount
Isa. Under the sales agreement for this transactions the airport will operate under a long term lease and the state will continue to own the land and airport infrastructure.

We have not and will not pursue an ideologically driven agenda of privatisation.

The letter I have received from you is not the categorical assurance against privatisation that I was seeking from you.

Furthermore, it significantly contradicts what I recall that you told Brisbane listeners on Madonna King's Breakfast show this morning.

This morning, according to my recollection, you said that there were no plans to privatise any more of Queensland's assets and that you were ideologically opposed to privatisation.

In contrast, your letter states:

"The Queensland Government's record on the Sale of Government. We will only
ever agree to such sales where there are demonstrable benefits to the
Queensland community."

Further along, in marked contrast to my recollection of your statement that you were ideologically opposed to privatisation, the letter merely states, "We have not and will not pursue an ideologically driven agenda of privatisation."

Either way this doesn't provide the categorical assurance I was seeking.

I therefore repeat my challenge to you, and to other candidates, who appear to favour privatisation during the next term of Parliament, including, it would seem, the opposition leader Lawrence Springborg, that you publicly debate the issue of privatisation with a candidate opposed to privatisation, such as myself.

I will also be asking all candidates for categorical assurances that they will oppose privatisation during the course of the next Parliament. I trust that the ABC, the Courier Mail and other newsmedia will make the responses known to electors so that they can be fully informed when they cast their votes.