Saturday 29 June 2013 was the Melbourne launch of the Stable Population Party Australia.
Its leader, William Bourke, gave the following interview.

Since its beginnings in 2010 this party has come a long way in terms of policy and presentation. Their website conveys a clear and positive message. Bourke and the other candidates for the next Federal election carry a business-sized card summarizing six hard to beat policies. The major parties and the Greens have nothing like this clarity.

A better quality of life

SPPA calls for "A better quality of life" and articulates six reasons to vote for a stable population:

to Relieve overstretched infrastructure, incluidng hospitals, schools, roads and public transport;
to Ease cost of living pressures, including housing, energy, water and transport;
to Protect our environment, including food, water and energy resources, native bushland and animal habitats;
to Promote education and training to increase job opportunities for all Australians;
to Minimise overdevelopment, including high-rise and sprawl;
to Create a more resilient economy, to sustain and enhance prosperity.

William Bourke speaks truly when he says, "Population is the everything issue." It touches on everything you can think of and more population makes for more impact. 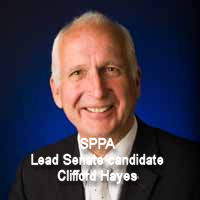 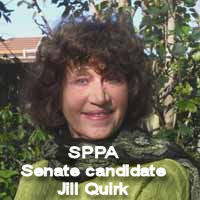 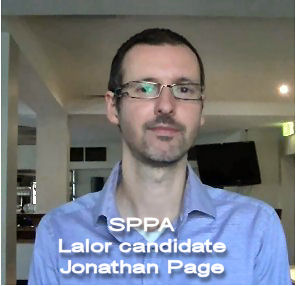 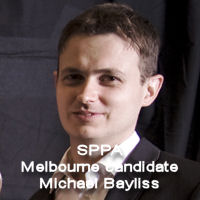 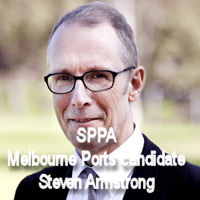 According to the Greens, the current level of population, population growth and the way we consume are outstripping environmental capacity. Australia must contribute to achieving a globally sustainable population and encourage and support other nations to do the same. Population| Greens 2013 Election It's a "complex policy issue"! While they admit that population growth is outstripping environmental capacity, they also consider many human-focused and scientifically irrelevant dimensions. They also believe that Australia's population should be determined by: * global and domestic social justice and equity, including women's rights; * intergenerational equity; * multiculturalism; * international human rights obligations; and * decent wages and conditions for all workers. Sadly, for a political party focusing on the environment, there is nothing here of any substance, or anything to address population growth that can be implemented. Population growth is an environmental issue, and as such, science is not concerned about social justice, women's rights, multiculturalism, intergenerational equality, workers wages, global justice, our well-being, human rights etc. The Greens are confusing the issue and giving the planet some anthropomorphic qualities so it has obligations to humanity? What will impact on our planet is the aggregate numbers of humans seeking resources, clearing land, producing greenhouse gas emissions, and economic growth that requires habitats to be cleared to produce food and other consumables - denying non-human species their rightful existence on our planet. The Stable Population Party makes sense - simple and straight-forward. We need to stablise our population, protect our lifestyles, and social justice issues can be sorted out subsequently. Australia can't fix the planet's overpopulation. We will fall in the abyss of overpopulation ourselves. Foreign aid is all we can offer, and some genuine asylum seekers can be accommodated but not while we "big Australia" for property developers and businesses. Ongoing population growth will cause displacement, disempowerment, poverty, strained human and natural resources, and increasing unemployment.

Public housing at "crisis point", more Australians are homeless, many young migrants homeless:
Australia's frontline community services are unable to meet growing demand, and the homeless and mentally ill are hurting most, a new report has found.

Sixty-three per cent of legal services failed to meet demand, along with 52 per cent of youth services, 47 per cent of mental health services and 46 per cent of domestic violence and sexual assault services.
Housing Industry Association (HIA) chief executive Graham Wolfe said the report's findings didn't come as a surprise. "There has been a failure by successive governments at a state and federal level to address the fundamental constraints to housing delivery," he said.

Property developers are feigning horror and adding to the condemnation of governments for not providing support, but they are largely the cause, not the solution.

Nothing is said about record levels of immigration, largely now from third world countries!

This is the nation that a few years ago was the "Lucky Country". More impoverished and more desperate people will make our population more flexible, and more compliant as a resource to exploit for cheaper labour.
Community services can't meet demand