Your action can help save Julian Assange. Urge new PM and Foreign Affairs Minister to speak to President Biden at Japan conference

Dear friends of IPAN
We congratulate the people of Australia for voting in a new government comprised of Labor, Greens and Independents demonstrating a real community led demand for quality change in so many areas.

Australia cannot become a staging point for the U.S. military, we cannot abrogate our sovereignty to the U.S., we cannot encourage nuclear proliferation and risk environmental catastrophe.

Australian peace, environmental and other activists and organisations are opposed to the Morrison Government decision to join the trilateral security agreement between Australia, the United Kingdom and the United States (AUKUS) and the development of nuclear submarines.

This authoritarian decision, taken without consultation or engagement of the Australian public, undermines Australian sovereignty, wastes taxpayers money, damages the environment and poses a threat to peace in the region and to global peace.

With this agreement, the Australian Government can no longer claim it is remaining neutral between Beijing and Washington. Now Australia is ‘all in’ with America, regardless of the public.

This agreement also cements military dependence on the U.S. as Australia becomes unable to operate without Washington’s approval. Furthermore, the Morrison Government has also committed to allowing further U.S. military forces into Australia.

This will not only deny Australia the ability to act independently but will also make it complicit in dangerous regional tensions and conflict, undermining global cooperation to address the COVID-19 pandemic.

AUKUS is a step backwards for diplomacy, deepening a Cold War mentality, which has alienated Australia not only from France but our neighbours such as Malaysia and Indonesia.

There will also be a significant environmental cost as the presence of these vessels in our cities and harbours is a clear and present danger. There are already nine nuclear reactors on the seafloor from sunken nuclear submarines.

For these reasons and many more, we are calling on the Australian Government to fully withdraw from AUKUS and the development of nuclear submarines.

This statement was issued following an emergency meeting of over one hundred activists from around Australia.

[See videoed 10 min speech inside.] "The new administration in the USA needs to hear from us. I recently stood in the Australian Senate and made a plea to US President Joe Biden and newly appointed US Attorney General Merrick Garland to drop all charges against Julian Assange so we can bring him home to Australia. It was a lie and terrible deception that led us to war in Iraq - a manufactured deception about weapons of mass destruction by some of the most powerful people on this planet. It is terrifying that foreign nations like the US could extradite and charge journalists who have exposed their wrongdoings. If we don’t defend press freedoms and learn from the mistakes and lessons of history we are bound to repeat them. Without a value on truth, there is only one path left to tread, and it gets more dark and dangerous from here – we must continue the fight to free Julian Assange.

Joe Biden and Merrick Garland: please walk away from any decision to extradite Julian Assange now. It's in the interest of democracy and humanity for you to do so.

The illegal, unilateral invasion of Iraq was less than 20 years ago, but seems to be largely forgotten already.

I invite you [people in Australia] to rally for Julian Assange at this critical moment in the campaign to bring him home to Australia. For more info, visit: https://www.facebook.com/events/2757770894486415/#FreeJulianAssange"

Below is a link to Tasmanian Greens Senator Whish Wilson's speech asking President Biden and his new Attorney General to quit while they are strategically ahead and stop pursuing Assange, or they will be seen more and more as a despotic regime. The speech is ten minutes long and explores the problem from several other angles. Worth listening to. When you click on the link you will be taken away from this page, to facebook. 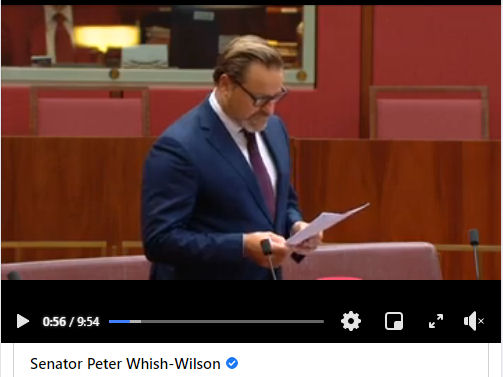 IPAN has established the People’s Inquiry exploring the costs and consequences of the US alliance and US-led wars to assist in the development of this foreign policy. The Inquiry is already receiving submissions which will result in a report covering the Australian public’s opinion on the US alliance and its alternatives. 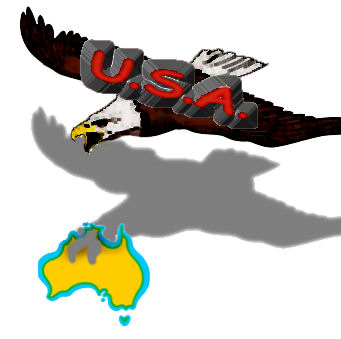 Former Prime Minister Malcolm Turnbull’s admission that Australia is “joined at the hip” to the US is a worrying prospect - a sentiment that has continued under Prime Minister Scott Morrison – and is one not supported by an Australian public that routinely disagrees with US foreign policy.

Australia needs to build a diplomatic and policy apparatus that can not only deviate from Washington but pursue the interests of the Australian people.

This will only happen when a cohesive and informed foreign policy approach is established. The People’s Inquiry will contribute to this through soliciting public submissions and expert opinion.

Details of this Inquiry can be found at the following link: https://www.independentpeacefulaustralia.com.au