Video inside with Ian Lowe talking on the impact of war on carbon gas production, and Peter Catt asking for people's views on the connection between war and refugees. The general public is invited to give their opinion in this democratic inquiry. The Independent and Peaceful Australia Network (IPAN) is a national network of community, peace and faith organisations, environment groups, trade unions and individuals concerned about the social, economic, environmental, military and political costs of Australia’s involvement in US-led wars. IPAN advocates an independent and peaceful Australian foreign policy. IPAN is conducting a broad People’s Inquiry examining the costs and consequences of Australia’s involvement in US led wars and the US alliance.

A major people's Inquiry into the costs and consequences of the US Alliance and Australian involvement in US-led wars has been launched. Why is this inquiry so different? Because it is not run by government. It is run for the people by the people. The Independent and Peaceful Australia Network (IPAN) has trumped most voluntary organisations by taking democratic power into its own hands. This people's inquiry was conceived of and agreed to by IPAN members and is run and officiated by volunteers, in cooperation with web news-site Independent Australia. You are invited to make a personal or organisational submission because they really want to know what you think about Australia's foreign policy. Please consider donating. The Inquiry was launched on 26th November 2020, and details can be found on the Inquiry website, namely https://independentpeacefulaustralia. In the video below, organising participants describe the aims and basic organisation of the inquiry. After some preliminary explanations, at 8.10 minutes into the video, Kellie Tranter, the Inquiry Chairperson, gives a great speech about why "Australia must reconsider its relationship with the U.S." We republish the transcript of her speech from her website. Other speakers follow.

The Independent and Peaceful Australia Network (IPAN) is encouraged by recent statements by the Foreign Affairs Minister, the Hon. Marise Payne, following the Australia-U.S. Ministerial (AUSMIN) talks in Washington, where the Minister indicated that Australia has no intention to injure our important relationship with China but instead seeks to ‘make our own decisions, our own judgments in the Australian national interest’. [To better situate the area in question, Candobetter has included a 2014 video about the disputed islands in the South China Sea.]

***IPAN says:
- No to U.S. pressure for Australia to sail provocatively inside the 12 nautical mile territorial limits around islands in the South China Sea claimed by China
- No to U.S. military fuel and munitions build-ups in NT
- No to an increase in U.S. marine deployment to the NT***

IPAN seeks clarity as to whether the Minister’s comments mean that Australia will resist fully the recent pressure from the U.S. to join them in provocatively sailing naval vessels inside the 12 nautical mile territorial zone around Islands in the South China Sea claimed by China.

Friday 29th May 630pm: Prof Clinton Fernandes is the guest speaker at one of Avid Reader bookshop online events. Co-hosted by Independent & Peaceful Australia Network (IPAN) and Just Peace Qld. The topic “Australian foreign policy after Coronavirus: navigating the US-China rivalry.” This is a great opportunity to hear from one of Australia's best foreign policy analysts. Having Vince Scappatura MC will make this event one not to be missed!

Clinton's book Island off the Coast of Asia will be available for purchase at the event.
YOU NEED TO REGISTER:

Clinton Fernandes is a former Australian Army officer who served in the Australian Intelligence Corps. Today he is Professor of International and Political Studies at the University of New South Wales. His research focus is on 'Securing Australia's place in a changing world'

Vince Scappatura teaches politics and International Relations at Macquarie University. He published 'The US Lobby and Australian Defence Policy' in 2019

Spirit of Eureka condemns the Morrison government and the ALP Opposition’s compliant endorsement of the US intervention and preparations for a “regime change” in sovereign Venezuela. This points to the urgent need for an independent Australian foreign policy that upholds and promotes the sovereignty and independence of countries to determine their own destiny.

Less than four days after the US announced the removal of its diplomatic recognition of the elected Venezuelan President Nicolas Maduro and declared its support for Juan Guaido, a self-proclaimed and little-known Opposition politician as the new President of Venezuela, the Morrison government dutifully echoed US policy.
The toadying Australian government condemned the democratically elected government of President Maduro and called for his replacement by the un-elected and largely unknown Guaido.

The shameful fawning by the Australian government to US imperialist plotting in the affairs of sovereign Venezuela was mirrored in an ALP public statement signed by Bill Shorten, Leader of the Opposition and Penny Wong, Shadow Foreign Affairs Minister. The ALP statement recognises the un-elected Juan Guaido as the new President of Venezuela, withdrawing diplomatic recognition of Maduro.

The next Meeting of IPAN in Victoria will be on 20 February, Level 4 Trades Hall at 5.30 pm. This meeting will commence earlier due to a small overlap with a meeting on Venezuela on the same night, at 7pm in the Trades Hall, at which the Venezuelan Consul will be speaking. IPAN meeting will be at 5.30pm – 7pm to enable people interested to learn more about the situation in Venezuela to attend.
Just when you thought all your co-citizens were asleep at the wheel on Australian Government support for America's latest regime change initiative, the Independent and Peaceful Australia Network (IPAN) has issued a response. IPAN reminds us that this is not our decision, nor the USA's to make, but is a decision for the Venezuelan people. IPAN has made several recommendations, including that Australian needs to develop an independent foreign policy.

IPAN made the immediate points that:

The Australian Foreign Minister, Julie Bishop, is pushing long-refuted lies about Syria as she speculates where she and her colleagues might find a replacement for Assad, without the slightest suggestion of irony or 'elections'. Article first published in Russian Insider at http://russia-insider.com/en/politics/australia-fm-pushing-long-refuted-syria-lies/ri10271, October 6, 2015. 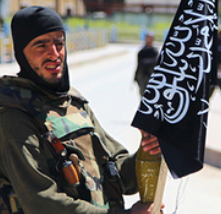 UPDATE 24 Nov: We have just published an apology from the ABC regarding this complaint, here: http://candobetter.net/node/4197 where they have apologised for their misinformation.David Macilwain again complains to the ABC about their uncritical recycling of propaganda about the MH17 aircraft downing. He also expresses his disgust at the posturings of Tony Abbott with regard to the G20 and Vladimir Putin, based on this propaganda.

Those who want to know the truth about the recent Houla massacre, blamed by the corporate newsmedia on the Syrian government, should consider these chilling words said in 2005 by Ziad Abdel Nour, a corporate-financier and founder of "Blackhawk Partners" as well as chairman of the Neo-Conservative run "United States Committee for a Free Lebanon" :

"This Bashar Al Assad-Emil Lahoud regime is going to go whether it's true or not. When we went to Iraq whether there were weapons of mass destruction or not, the key is — we won. And Saddam is out! Whatever we want, will happen. ... Whether we lie about it, or invent something, or we don't ... I don't care. The end justifies the means. What's right? Might is right, might is right. That's it. Might is right.[1]

The callous and evil slaughter and rape of ethnic Tamils last May by the Sinhalese armed forces in Sri Lanka compares with the Indonesian mass murder of East Timorese in the Indonesian Invasion of 1975 and again in the 1991 Dili Massacre.

"On 7 December 1975, Indonesia invaded East Timor involving a naval bombardment of Dili, seaborne troops, paratroopers. On December 10, a second invasion resulted in the capture the town off Baucau followed shortly after by up to 15,000 troops landing at Liquisa and Maubara. By April 1976 Indonesia had some 35,000 soldiers in East Timor. Indonesian Foreign Minister Adam Malik later on suggested that the number of East Timorese killed in the first two years of the occupation was "50,000 people or perhaps 80,000".