[...]John Kerry himself [...] admitted, in a meeting with Syrian opposition, the Obama administration saw the ISIS advance as a positive development: “[W]e know that this was growing, we were watching, we saw that DAESH [ ISIS] was growing in strength, and we thought Assad was threatened. [We] thought, however, we could probably manage that. Assad might then negotiate.”(By “negotiate,” Kerry meant “capitulate”—negotiate the terms of his abdication.) For the Serious People in Washington, this—the impending takeover of Syria by ISIS and Al-Qaeda jihadis—meant things were going swimmingly. (Al-Nusra was at the time—and still is, less officially—the affiliate of Al-Qaeda in Syria.) As Daniel Lazare pointed out: “After years of hemming and hawing, the Obama administration has finally come clean about its goals in Syria. In the battle to overthrow Bashar al-Assad, it is siding with Al Qaeda…[R]ather than protesting what is in fact a joint U.S.-Al Qaeda assault, the Beltway crowd is either maintaining a discreet silence or boldy hailing Al Nusra’s impending victory as ‘the best thing that could happen in a Middle East in crisis.’”

President Bashar al-Assad : “[The ]West is telling Russia that Syrian Army went too far in defeating terrorists … Daesh could only attack Palmyra the way it did with supervision of U.S. alliance”. President Obama’s announcement of a waiver for arming unspecified rebel groups in Syria came shortly before the terrorist group Islamic State launched a massive attack on Palmyra. Syrian President Bashar Assad believes it was no coincidence, he told RussiaToday. In the interview, the Syrian leader explained how his approach to fighting terrorism differs from that of the US, why he believes the military success of his forces in Aleppo was taken so negatively in the West, and what he expects from US President-elect Donald Trump. [Full Video and Transcript]

“The announcement of the lifting of that embargo is related directly to the attack on Palmyra and to the support of other terrorists outside Aleppo, because when they are defeated in Aleppo, the United States and the West, they need to support their proxies somewhere else,” Bashar al-Assad said.

Article below has been republished, 15 Nov 2016, on the (real) Syrian Free Press.

ALEPPO, SYRIA 31 October 2015: The fact that ISIS just seized a critical section the Aleppo-Khanasser highway, cutting off the government’s supply-lines to Aleppo was a major setback. (See reference article, "US colluding with ISIS? U.S. Stopped Syria Air Strikes While Nusra And IS Prepared Attack On Government Supply Route.")

And that might explain why the US decided to bomb Aleppo’s main power plant last week plunging the entire city into darkness; because Obama wants to “rubbleize” everything on his way out. Keep in mind, that the local water treatment plants require electrical power, so by blowing up the plant, Obama has condemned tens of thousands of civilians to cholera and other water-born diseases.

Syria could be America’s key ally against ISIL and other terror groups. Instead, the U.S. has chosen to align with Saudi Arabia, a country where churches are banned and women are not permitted to drive, and a country that has funded and directed much of the insurgency, both ‘moderate’ and extreme, in Syria. President Obama's latest military action decision ignores the work of journalists Sotloft and Foley, who exposed brutality of so-called moderate rebels that Obama wants to arm. Australians for reconciliation in Syria call on the Australian and US governments to heed the wishes of the people of Syria; to support the Syrian army’s fight against terror groups; and to respect its right to work for peaceful political changes without foreign interference. We can honour our own freedoms, equalities and responsibilities in Australia by respecting those of Syrians.

In response to cases of swine influenza A(H1N1), reported in Mexico and the United States of America, the Director-General convened a meeting of the Emergency Committee to assess the situation and advise her on appropriate responses.

The establishment of the Committee, which is composed of international experts in a variety of disciplines, is in compliance with the International Health Regulations (2005).

The first meeting of the Emergency Committee was held on Saturday 25 April 2009. 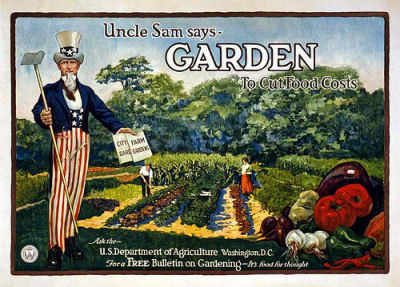