The TRUTH comes out of Maddens office. Consultation is faked. This is what we have all know for a long time as we spend hours of our time working away putting in submissions.
Well it is official; they just tick the boxes, as in: "Consulted with the community - tick."
And this is Madden who wants to be Premier?

Angry landowners and Taxed Out supporters will rally against the Brumby Government’s Growth Areas Infrastructure Contribution (GAIC) bill, currently before Parliament, tomorrow on the steps of Parliament House in Melbourne at 1.00pm.

The rally has been called by Taxed Out and will be supported by Protectors of Public Lands Victoria, Planning Backlash and the Green Wedges Coalition.

"My concern is that a DAC is being treated almost like a court, judging from the answers the minister has given -- that is, somehow one can show contempt towards the DAC and this is referred to as 'detriment'. Clearly the DAC is not a court. 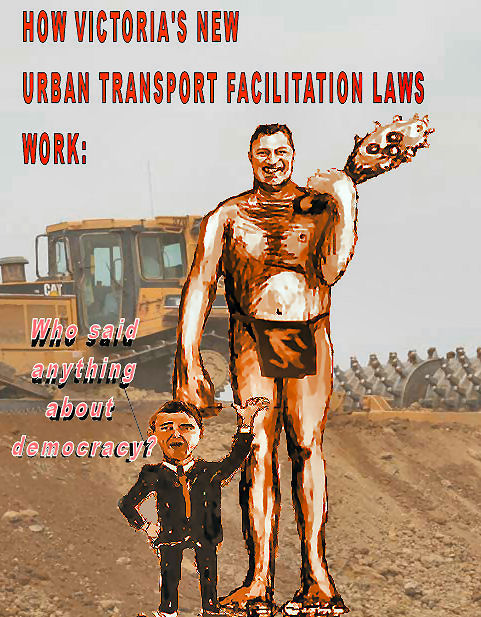 Edited from some Notes from Environment Defenders Office workshop Tuesday 29 September 2009 on: 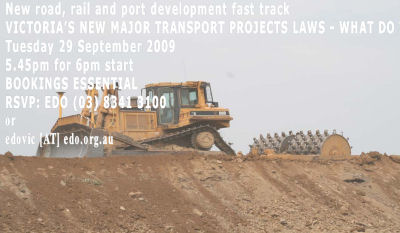 The Major Transport Projects Facilitation legislation introduces far reaching changes to environmental and planning laws for projects that are declared by the Premier as major transport projects.

David Davis MP will introduce his resolution for the Outer Suburban/Interface Services and Development Committee of Parliament to hold an enquiry into the Extension of the Urban Growth Boundary at 10:30 am on Wednesday 29 July 2009 in the Upper House. Concerned citizens are urged to attend parliament to watch as our representatives argue the toss of our remaining quality of life and environment in Melbourne. 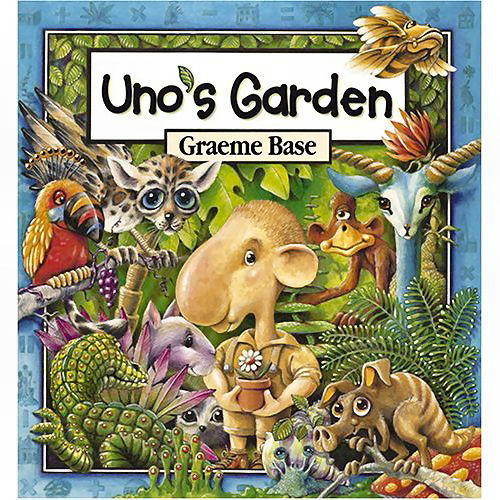 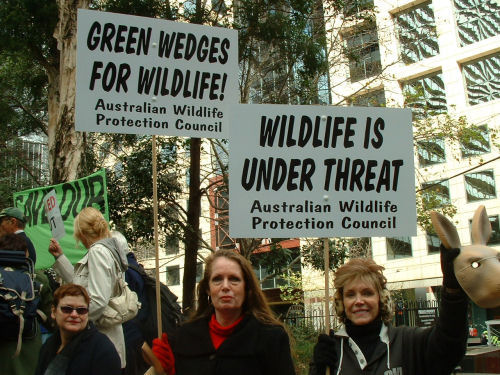 Shortly after his lunch with the "Progressive Business Association" must have ended, Mr Madden, who apparently departed shyly out the back door, looked surprised to be intercepted and presented with the resolutions of the Bastille Day Rally against Urban Expansion and Rotten taxes by Julianne Bell, Rosemary West and Jill Quirk, acting on behalf of the environment and de 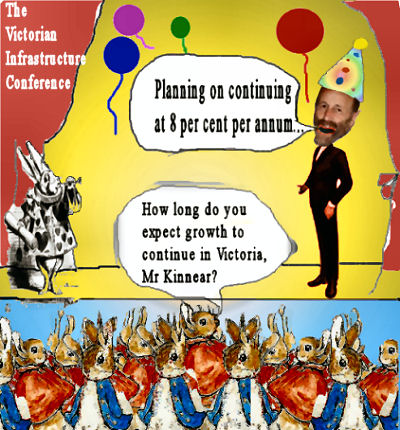 
All around Australia, indeed all around the world, towns are fighting against having huge costly marinas foisted on their communities and much loved beaches. It is about time that someone founded an international anti-marina association to coordinate democratic movements against unsustainable business proposals for locally unwanted marinas .