Richard Medhurst attended both days of the High Court Appeal by the US to obtain extradition of Assange to America, and we have linked to his video report below, and transcribed parts of it, including the question of whether Assange might do a prison sentence in Australia, if convicted - a question that has been treated very naively by the Australian media.

See also: Melbourne Vigil to Free Julian Assange at Flinders Street Station this Friday at 7:30pm (10/1.21).
The 210K PDF file, from which the double-sided A5 flyer "Uphold the Rule of Law", about Julian Assange can be printed, can be downloaded from below.

A British Judge has ruled on whether Australian journalist Julian Assange will be extradited to the United States. The WikiLeaks founder is wanted on espionage and computer hacking charges and faces up to 175 years in prison.

As Richard Medhurst, who attended the extradition hearing, explains, the judge's decision to block extradition solely on health grounds still leaves press freedoms at risk and validates the politically charged indictment by the US.

Conceivably, were the prosecution, at a subsequent hearing, to assure Judge Vanessa Barraitser that they would take tender-loving care of Julian Assange during his solitary confinement and 'trial' before a jury packed with U.S. secret service operatives, she could then rule that the health grounds objection to the U.S. plans to extradite Julian Assange no longer holds whilst again disregarding the clear politcal motivation behind the U.S. extradition request.

This page is a backups of posts to Twitter by Malthusista from 4 October 2020. Twitter posts by other candobetter authors are linked to from here.

(30 Sep 2020) Also posted to: Liveblog updates on Assange extradition trial @ wikileaks /comment/250330#comment-250330 https://youtube.com/watch?v=C8mGJV9YFtA Whilst I welcome Jeremy Corbyn’s name being on the list, I don’t recall where he ever once said a word about @JulianAssange_ whilst he was Opposition leader.

The US calling elections in Venezuela illegitimate after propping up that fart Guaido and sending mercenaries on a coup a few months ago is frankly hilarious.

... and yet the duly elected President Nicolas Maduro allows the traitor Juan Guido, who openly calls for a US invasion & supports sanctions, to walk around freely? Would the Norwegian government not have arrested Vidkun Qisling in 1940 had they known of his treachery?

I am most impressed at how the White Helmets always keep their uniforms, particularly their helmets, untarnished and scratch-free in the midst of the ferocious war zones in which they work. Where have any other civil defence workers in a war zone managed to accomplish this??

Why has Twitter unfollowed and removed my followers without their consent? 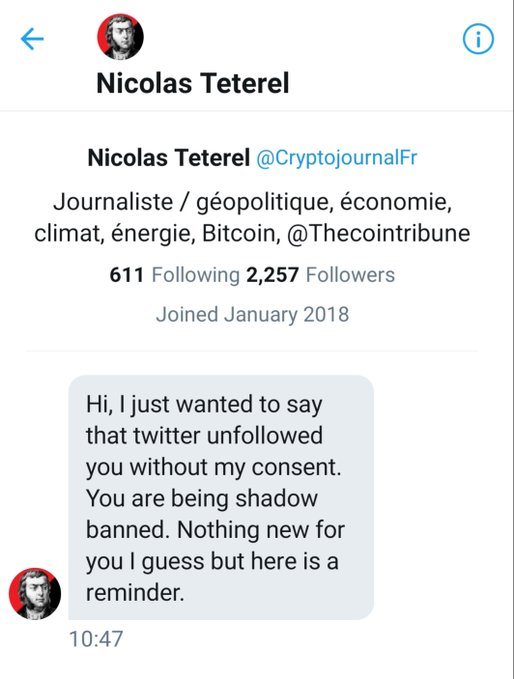 12:30pm +11, 20 Dec 2020 Response by Malthusista: #Malthusista_1pm_20dec20">If Twitter cannot trust us to use our own best judgement, then perhaps it's time for a government of good intent to set up an alternative. Would Russia or Iran, who produce far more informative and balanced news services than in the West, rise to the challenge? It would surely cost them only a small fraction of what they are now having to spend to defend themselves against the war plans of the U.S., Israel and their allies.