Nils Melzer’s book about the persecution of Julian Assange – Nils Melzer, The Trial of Julian Assange, A story of persecution,[1] must be heeded, due to Melzer’s extraordinary position and status as an independent international investigator and legal expert in complaints of torture and ill-treatment, [2] which has given him access to details and documents not previously available. That is probably why it is hard to get the book in Australia.

"Assange's case is a mirror which reveals the hypocrisy of the US and British claim to defend press freedom. [Because he revealed their war-crimes ...] the US government has, for more than a decade, filed unwarranted charges of sexual harassment, espionage, and computer-misuse against Assange [...] continuously suppressed Assange through secret surveillance, global pursuit behind the scene, deals, and other means. Britain has spared no effort in cooperating [...]"

"Official Western institutions have never recognised Assange as a prisoner of conscience,why do you think that is?" Oksana asks Greg Barnes. After almost a decade in confinement, Julian Assange is still fighting against extradition requests to the United States, at cost to his physical and mental health, while also compromising WikiLeaks’ ability to continue its operations.

In this video, BBC journalist Orla Guerin interviews Azerbaijan President Aliyev, assuming that Azerbaijan press and politics are heavily censored, and presses him on that. He denies the accusation, then asks her why Julian Assange has been held inhumanely for years, if the British and western press are so free. The BBC journalist simply won't acknowledge the situation for journalists and the media in her own country, kind of proving the president's point.

The Parliamentary Joint Committee on Intelligence and Security (PJCIS) is busy finalising its consideration of the Inquiry into the impact of the exercise of law enforcement and intelligence powers on the freedom of the press.

The Chair, Mr Andrew Hastie MP, said ‘The Committee has received considerable evidence from submitters and witnesses regarding the media and their ability to operate effectively within Australia’s democratic society. All members are endeavouring to achieve a bipartisan report, which delivers tangible areas for reform and consideration. This will not be possible by the end of November.’

The Deputy Chair, Hon Anthony Byrne MP, said ‘As this inquiry has progressed, the complexity and nuances of the issues raised have become acutely emphasised to the Committee. The ability for the Committee to make targeted recommendations is reliant on time, and the Committee would rather report later to ensure that occurs.’

The Committee has written to the Attorney-General informing him of the later reporting requirement, with the undertaking to present a report in the week before Christmas at the latest.

Further information on the inquiry can be obtained from the Committee’s website.
See also Can do better's earlier article announcing this inquiry here.

Recent raids on broadcasters, journalists and whistleblowers in Australia for precisely the kind of journalism that has cost Julian Assange a decade of his life, has prompted debate about the role of a free press in democracies such as Australia and of investigative journalists doing national security reporting. (Reservations required but event is free.)

What is happening to Journalism & Julian Assange? 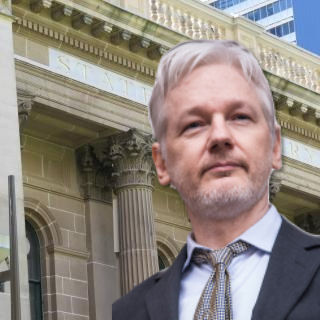 Here is further explantion of the huge significance of the judgement handed down against the US Democrats' attempt to charge Julian Assange with espionage and somehow prosecute a non-US citizen as if they were a US citizen. That successive Australian governments have allowed the US and the UK to go after Assange in absolute refusal of Assange's human rights is damning of our political class.

The Parliamentary Joint Committee on Intelligence and Security (PJCIS) has commenced an inquiry into the impact of the exercise of law enforcement and intelligence powers on the freedom of the press. The inquiry was referred by the Attorney-General, The Hon Christian Porter MP, on 4 July 2019, for the PJCIS to inquire into the Terms of Reference. (Details inside.) This is a reaction to public and press reaction over the raid by the Australian federal police of the home of News Corp Australia journalist Annika Smethurst, to find out how she had come by a leaked plan to allow government spying on Australians. A warrant from an ACT magistrate gave police authority to search the home, computer and mobile phone of the journalist. News Corp Australia called this a "dangerous act of intimidation targeted at public interest reporting." Smethurst had authored an article about heads of defence and home affairs ministries in Australia having talked about "draconian new powers to allow the Australian Signals Directorate to spy on Australian citizens for the first time. Under the mooted plan, spies would be allowed to secretly access emails, bank accounts and text messages with approval from the defence and home affairs ministers." See inside for how you can contribute - by 26 July 2019. Consider how Australian governments have failed to protect Julian Assange in the name of a perceived right to conceal war crimes.

The Committee has been requested to report back to both Houses of Parliament by 17 October 2019.

The Chair, Mr Andrew Hastie MP, said ‘the government has referred this inquiry based on concerns raised in relation to recent search warrants executed on members of the press, and the issue of balancing national security with the freedom of the press’.

‘This inquiry will allow the Committee to hear from the media, government agencies and other interested stakeholders as to the direct impact of these powers on civil society and their importance to both national security and the public interest. We will consider these issues closely and carefully.’

The Committee invites written submissions to this inquiry, to be received by Friday, 26 July 2019.

Further information on the inquiry can be obtained from the Committee’s website.

For more information about this Committee, you can visit its website. On the site, you can make a submission to an inquiry, read other submissions, and get details for upcoming public hearings. You can also track the Committee and receive email updates by clicking on the blue ‘Track Committee’ button in the bottom right hand corner of the page.

The Committee is to inquire and report back to both Houses of Parliament on the following matters:

a) The experiences of journalists and media organisations that have, or could become, subject to the powers of law enforcement or intelligence agencies performing their functions, and the impact of the exercise of those powers on journalists' work, including informing the public.
b) The reasons for which journalists and media organisations have, or could become, subject to those powers in the performance of the functions of law enforcement or intelligence agencies.
c) Whether any and if so, what changes could be made to procedures and thresholds for the exercise of those powers in relation to journalists and media organisations to better balance the need for press freedom with the need for law enforcement and intelligence agencies to investigate serious offending and obtain intelligence on security threats.
d) Without limiting the other matters that the Committee may consider, two issues for specific inquiry are:

whether and in what circumstances there could be contested hearings in relation to warrants authorising investigative action in relation to journalists and media organisations.
the appropriateness of current thresholds for law enforcement and intelligence agencies to access electronic data on devices used by journalists and media organisations.
The Committee is to report back to both Houses of Parliament by 17 October 2019.

UPDATE: 23/7/2018 Worldwide protests being organised against the eviction of Julian Assange from the Ecuadorian Embassy. See here and here.