The Red Kangaroo and Emu that support the shield are the official animal emblems of the nation. They owe this recognition to the fact that they are native Australian fauna (found only on this continent).

...and then we go and massacre them. 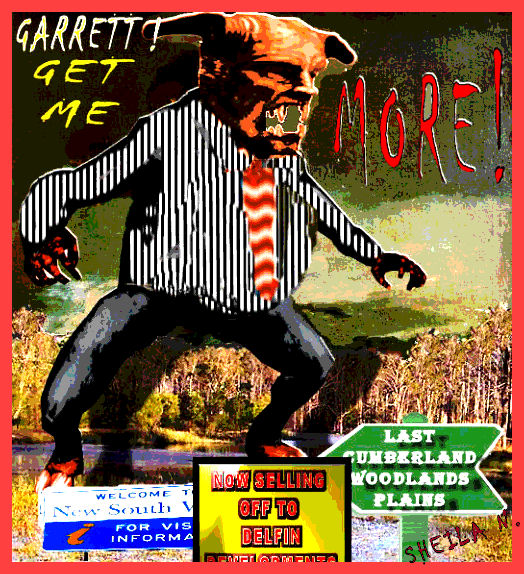 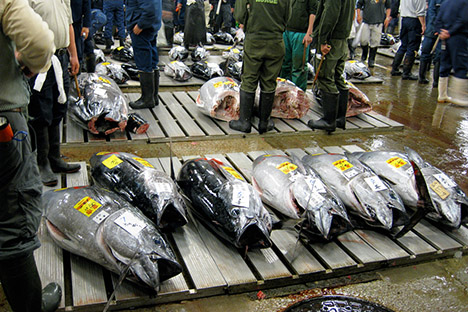 Despite Southern Bluefin Tuna (Thunnus maccoyii) being endangered, the Australian Government continues its weak policy of appeasing the Japanese - the main poachers and customers of Bluefin Tuna.

With northern bluefin populations falling dramatically, a proposal by Monaco to prohibit sale under the Convention on International Trade in Endangered Species has won US support, but not Australia's.

The Atlantic, or northern bluefin tuna has lost 72 per cent to 82 per cent of its original stock is under pressure also from illegal or unregulated fishing for the sashimi trade.

To his credit, NSW Premier, Nathan Rees in the days preceding the 4th December 2009 (his ousting as Premier) announced the creation of a massive new red gum national park along the Murray River near Deniliquin to protect much of

Peter Garrett's decision to stop the building of the Traveston dam is to be heartily applauded. However, he did no more than what should be expected of a Federal Minister for the Environment when faced with such an environmentally reckless proposal.

This media release with was received this morning. As an independent candidate for the seat of Mount Coot-tha, I will do my best to raise this critical issue in the remaining weeks of the campaign. If elected, I will put legislation before the Queensland Parliament to outlaw the destruction of any more Koala habitat in South East Queensland. - James Sinnamon, 5 March 2009.

Originally published in the Sydney Morning Herald of 25 Feb 09

Waratah Coals proposal for a massive mine, railway and Shoalwater Bay Coal port could be given the red light if Environment Minister Peter Garrett

(pulp mill effluent image on front page is from http://www.surfrider.org/srui.aspx?uiq=a-z/pulp_mills)

Whilst former President of the Australian Conservation Foundation Peter Garrett, now Federal Minister against the Environment looks the other way, primary school children petition the Victorian Government to stop the destruction by dredging of the pristine marine environment at Port Phillip Heads.

Felix from Yarraville and Tahlia from Bentleigh are Primary School kids from opposite sides of the Bay. They have created petitions against bay dredging and collected hundreds of signatures from their classmates, igniting debate about channel deepening in their schools. They will bring their petitions to Parliament, via Greens MLCs Sue Pennicuik and Colleen Hartland. Felix and Tahlia are each aged eight and a half. They worked independently and will meet for the first time at Parliament.

Felix and Tahlia will attend and may be available for comment and photos with their petitions. A scan of Felix's hand written statement is available by request from the Office of Colleen Hartland MLC.

The Greens MLCs will make members statements about the petitions (the petitions can't be tabled as they are not in the proper form). Kingsville Primary School and family members will attend.

"I met Felix at an anti truck blockade in Yarraville. He knows that bay dredging will increase the amount of diesel fumes near his school and his house", said Colleen Hartland.

"Tahlia sent me her petition signed by more than sixty of her classmates, because she was so upset about the dredging of the Bay" said Sue Pennicuik.