The draft Yarra Strategic Plan claims to deliver the first Victorian integrated river corridor strategy and to identify immediate actions for the river corridor, enabling long-term collaborative management between agencies and Traditional Owners. It is intended to guide local planning. We publish here a critical submission to this draft plan.

(Submission inside) Plans for the proposed underground railway from north west to south east of the city are not yet finalised.

Protectors of Public Lands Victoria has issued an invitation to concerned Victorians to attend a short but concentrated rally scheduled for 12:45 pm for a 1 pm start to 2 pm on Thursday 16 October 2014 on the steps of Parliament in Spring Street.

The last day of the term of the 57th Victorian Parliament has been chosen before the 29 November 2014 election. The subject is "The Future of Public Transport in Victoria under an Incoming Government." We are of the view that the East West Link project should be abandoned.

Video added inside. Headings in this highly informative paper include: How people get to Frankston Station, Social needs and mobility, The household transport cost burden, Peninsula Link, East West Link, The VicRoads Point Nepean Road Study, The Container Port at Hastings, The Cranbourne/Pakenham rail corridor project, and remarks on Road Spending. Only about 0.6% of Frankston residents who travel to work, work in locations that would be accessed by the Napthine government's proposed East West link, if they chose to drive. Poor frequency of service is a major issue in Frankston and on the Peninsula for bus services. The Stony Point train service is in danger of death through neglect and indifference if its service frequency is not improved and locals do not mobilise to support it. Local government can and should play a major advocacy role in this space.

If you are concerned about 457 visas, local unemployment and population growth, planning issues, over-development, and the loss of wildlife and residents rights in Frankston and the Peninsula, please come along to this meeting of Victoria First. Special Guest Speaker will be Public Transport advocate Mr. Ian Hundley. Ian Hundley will speak on "The transport crisis in the Frankston area: issues of economy, ecology and social connectedness." This public meeting will be from 2-4pm at the Frankston Life Saving Club, on Frankston Foreshore. (More details of location inside article.) There will be opportunities to make statements from the floor if you let the organisers know in advance. Contact 03 9350 5777. 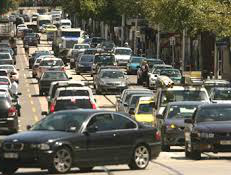 Moreland residents seeking to divert funds for the East West Toll Road and Tunnel into public transport initiatives will gather together with groups and individuals from across Victoria for Saturday's 1pm Trains Not Toll Roads rally outside the State Library at La Trobe and Swanston streets.

A report released by the Federal Bureau of Infrastructure, Transport and Regional Economics underlines just how inadequate and incompetent Melbourne’s recent planning has been.

1) Melbourne was the only city in which jobs growth in the outer suburbs had failed to keep pace with the population boom. Parts of outer Melbourne now have less than one job for every three working people, forcing residents to commute further for employment.

2) Eighty-four per cent of outer Melbournians drive to work, the highest level among Australia’s biggest cities, and just 9% use public transport.

Plans to build the east-west link tunnel Melbourne's Royal Park are commencing. The tunnel, which is to cost from $10 billion to $12 billion, is to use vents protruding from the ground to pour motor exhaust fumes into the park. Some of the park will have to be dug up to build the entrance to the tunnel. On Page 8 of the Melbourne Age it was reported that, for the project to commence, eighteen boreholes will have to be drilled into the Royal Park as part of the assessment by the Melbourne City Council as recommended by the city of Melbourne management. If voted for by the council "on Tuesday" (28 May or 4 June?) drilling will commence.

"The utterly biased and relentless Murdoch press in Melbourne, Sydney and nationally through The Australian has played a big role in destroying Julia Gillard's standing with the electorate, such that Tony Abbott is well placed to win control of both houses in the coming September 14 Federal election."

Good news! The Federal Budget did not provide funds to Premier Baillieu for the East West Link.

That the Baillieu government is to embark upon a study for a possible freeway extension on the Mornington Peninsula is not much of a surprise in the wake of the catastrophic decision of the predecessor Labor government to construct the $760 million Peninsula Link freeway between Carrum Downs and Dromana. Absent sensible policy intervention, freeways provide impetus for ever more freeways. 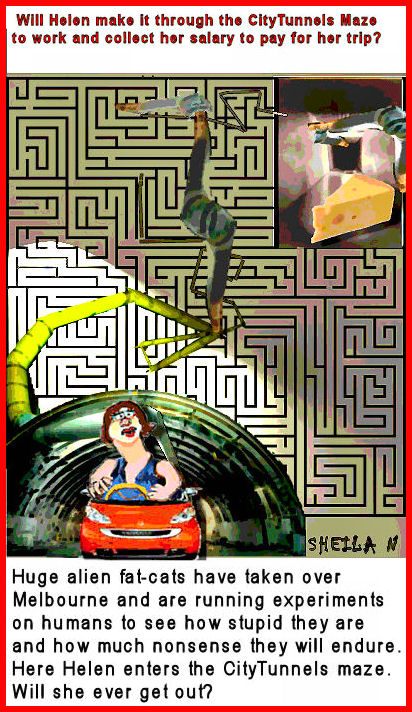 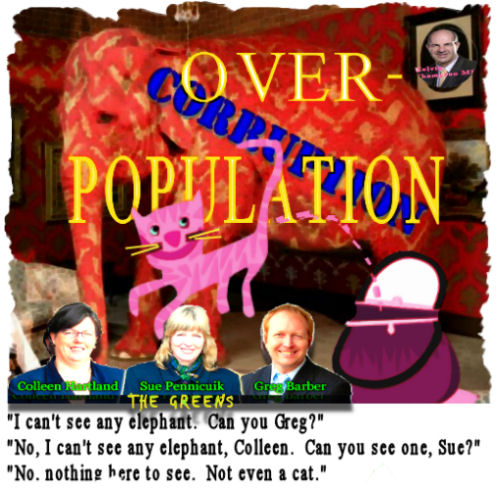 These are dark times for Australia and Victoria is one of the darkest places in the country for democracy. There are, however still some good people in parliament and we must support their efforts. The Greens and the Opposition need the electorate's help to have this bill stopped in the upper house. They have done it before, so they can do it again.

Car tunnel users and residents living in suburbs surrounding tunnel exhaust stacks can expect greater exposure to fine particle and air toxic pollution once the Clem Jones (North South Bypass) Tunnel comes online in Brisbane. Tunnel users need to hold their breath and wind up their windows as they pay $4 to drive through the Clem Jones “Gas Chamber”.

Royal Park Protection Group - the first of many groups standing between you and a total wipe-out of democracy - is having its AGM. Stand up for democracy; be there at the AGM:

In the televised debate amongst three of Brisbane's Lord Mayoral candidates Greg Rowell, Jo-Anne Bragg and Campbell Newman, on Thursday 6 March Newman stated his wish that Brisbane eventually be like Vancouver on Canada's West coast. Vancouver also has a reputation amongst public transport advocates of being a highly livable city.

"Adelaide City Council's electronic solar bus system is a world first. It is an exciting and fabulous transport system that the Sunshine Coast must adopt," said Ms Molloy.

"The TINDO system will be used everyday by the people of Adelaide through the Adelaide City Council's free Adelaide Connector Bus service," she said.

"We must do the same here. The TINDO is a purely solar powered electronic bus which is totally environmental friendly ," she said.

"It is financially competitive - but most importantly it is totally clean and silent with a performance in power to match diesel engines," she said.

"We must overhaul our transport system and make bus transport available to all while getting rid of carbon emissions," said Cate.

"The Sunshine Coast Council in alliance with the Australian Government could easily afford to replicate Adelaide's solar PV system," she said.

"It's just up to us to show the vision and determination to make it happen," said Cate Molloy.

"And I pledge that if elected, I will make it happen," said Cate.

MEDIA STATEMENT 05: 19 FEB 2008 By David White : Candidate for Central Ward 2008 Brisbane City Council Election Supported by Socialist Alliance After years of neglecting Council’s public transport services, the major parties are now desperately engaged in a bidding war, both trying to outdo each other with extravagant promises of new buses and new services. In the 13 years prior to 2004, Labor-controlled Councils added less than 400 buses to the Council fleet. A Council move in 2000, to encourage more residents to use the buses by reducing fares for six weeks was never repeated, despite achieving its limited aim. The neglect of public transport services by the new Council under Campbell Newman continued in 2004 and 2005, while Council voted to start diverting millions of dollars of ratepayer’s funds into Newman’s Transapex dream of more roads and tunnels. The anger and despair of commuters increased in 2006, forcing Labor councillors to act to take over Council administration of public transport from the Liberals. Nothing has changed. Hundreds of commuters continue to be stranded every week as full buses drive by. Many more are inconvenienced as buses arrive late or don’t appear at all. While the quality and standard of services continues to decline, the major parties argue about who is to blame for this deplorable situation, rather than taking decisive action. Labor says there will be “sweeper” buses to collect stranded commuters, but won’t say how they are going to find the buses. It says that every bus is already being used, so how can we believe promises of extra “sweeper” services? The Lord Mayor promises many more buses, but he said last year that there’s no depot space to store any more buses, and that the manufacturers cannot supply any more! Council’s financial state is now so precarious that Translink is now providing the funds to enable Council to purchase new buses! And the Lord Mayor has failed to acknowledge that the current bus fleet includes many decrepit buses that are nearly 25 years old and should have been scrapped already! The major parties continue to deny this appalling record of lies, deception and failure, despite all of the evidence. Now in a cynical move just 30 days before the election, they are promising the new buses that should have been ordered four years ago, while neither has the honesty to admit that Council cannot afford to fund them while it continues to pursue the TransApex fantasy. Meanwhile, traffic congestion is getting worse as many commuters, denied quality public transport services, have no practical choice but to drive to and from work. The costs to the whole community of this neglect and incompetence are enormous. Brisbane residents deserve to have a better Council after March 15. CONTACT PHONE 0403 871 082 Media Release also published at candobetter.wikispaces.com/Bus+bidding+war